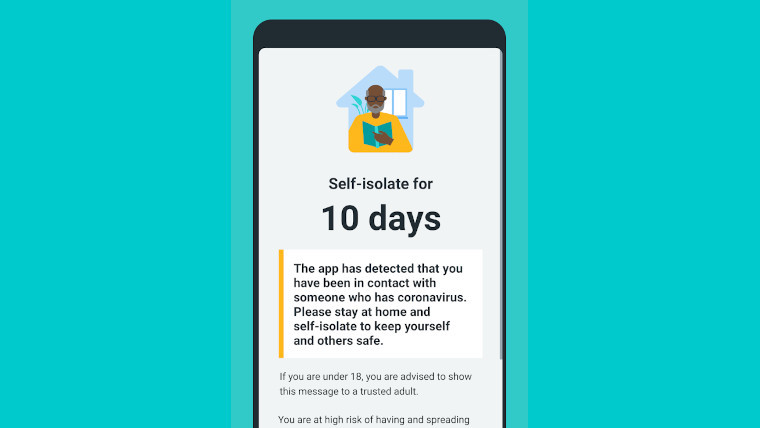 The UK government has announced changes to the underpinning logic of the NHS COVID-19 app used for contact tracing in England and Wales. Over the past few weeks, more than half a million people were told to isolate themselves via the app as it arrested a new wave of the coronavirus. With so many people being asked to isolate, causing absences from work, the media widely treated the app as the problem and called the incident a ‘pingdemic’.

While the update will reduce the number of people being pinged, it won’t change the sensitivity of the app or the risk threshold. The government also assures us that the same number of high-risk contacts will be advised to self-isolate.

“We want to reduce the disruption that self-isolation can cause for people and businesses, while ensuring we’re protecting those most at risk from this virus. This update to the app will help ensure that we are striking the right balance.”

The change comes despite a new analysis that found in the first three weeks of July when cases were rising exponentially, the app managed to avert 2,000 cases per day and over 50,000 cases including chains of transmission assuming a 60% compliance with instructions to self-isolate. It’s estimated that during this period, the app kept 1,600 people out of hospital.

Despite criticism of the app, usage remains high with around 40% of the eligible population continuing to use the app regularly. Around half of all reported tests were submitted through the app too. Although it has reduced the number of pings being sent out, the government strongly advises people to continue using the app even if they’ve received both vaccine jabs as they can still spread the virus to others who can’t get jabbed.