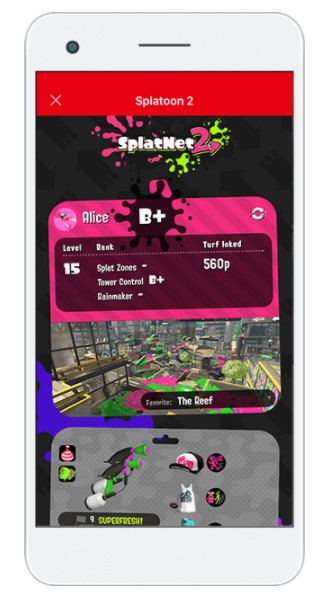 As we get closer to the release of Splatoon 2, Nintendo is doing its best to keep those interested informed by releasing new information about the game, including its modes and different characters. Along with the game's release on July 21, it appears that the firm will also be releasing its mobile app for iOS and Android.

The Nintendo Switch Online app will give users access to a wide variety of features. For now, the firm explained that the app will be able to be used in conjunction with Splatoon 2 giving players access to SplatNet 2 which will allow them to invite friends to matches that are being played online.

Beyond that, players will have access to a chat system that can be used to talk to teammates during a match and the entire group while in the general lobby. Furthermore, players will be able to check out statistics, see the upcoming stages, call on friends using social media, and more. For now, the Nintendo Switch Online app for iOS and Android will be free to use, but will later require a service fee when the console's online service officially launches sometime in 2018.

Source: Nintendo via The Verge | Image via Nintendo