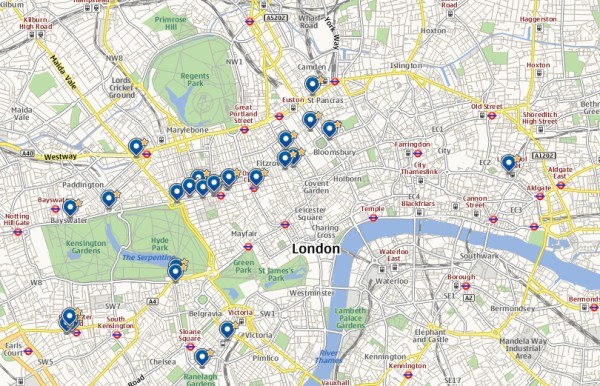 You may have heard of the old saying "there's no such thing as a free lunch!" but Nokia seems to think differently as it has started a trial of no less than 26 free to access wi-fi hotspots across Central London. According to the BBC, the trial will run until the end of 2011, and if the project is deemed a success, the company will turn it into a "fully fledged free wi-fi service in 2012".

The hotspots are mainly located around the Oxford Street area and the initiative is one of many that will eventually see London dotted with hotspots offering free net browsing. The hotspots are built around web links that run at 20 megabits per second but download speeds will be limited to a maximum of 1 megabit per user to ensure others can get at the service.

"The trial is going to help us understand what people are using it for so we can improve it in the future," said Craig Hepburn, Nokia's director of digital and social media.

Free wi-fi is generally already widely available in London. In particular at London's financial district, the Square Mile, has had free wi-fi provided by The Cloud for years.

Users will not be required to register to use the service.