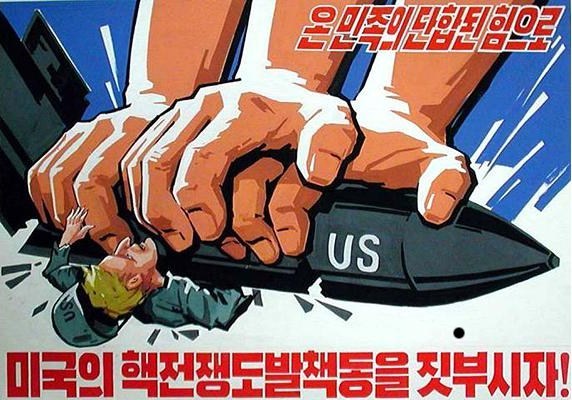 North Korea’s propaganda machine is world-famous. Few countries have managed to remain as cut off from the world as the Democratic People's Republic. With a totalitarian blend of government Orwell would have wept at, the country should be the last place on earth to see change coming quickly. The country's recent history has been marred by its leaders, lack of economic prosperity, complete governmental control over the internet, and general antagonism towards the South and the rest of the world. The internet is a heavily controlled medium in North Korea, and few people have access to it. Any information available on their internet service is regulated by the government, under the watchful eye of the Glorious Leader and the Eternal President.

Leave this system in place for a few generations, and you’ll have a society which is largely brainwashed and unaware of the truth. During the 2010 FIFA World Cup, Brazil annihilated the North Korean team. Obviously, in the Democratic People’s Republic this simply could not be accepted - and it wasn’t. Instead, the population was treated to what was seemingly a North Korean victory.

Technological advancements are spreading though, and this holds true even in North Korea. The population is growing aware of the world outside the borders of their own country.

When we think of piracy, we mostly think of the negative connotations it has. The theft of games and movies is costing their producers millions per year, and all the other doom-and-gloom stories you’re liable to hear. This is normal and understandable. We see piracy in a negative light whenever it is mentioned. If you're reading this there is a good chance you live in a country where media is readily available through streaming or physical purchase. Those who do not have those luxuries will approach piracy completely differently.

A new report, titled A Quiet Opening, interviews North Korean escapees about the reality of piracy and the impact it is having on their country. The theme shows increasing numbers of people gaining access to pirated media. The consequences of this could be life-altering. If they are caught with this media it is probable that the consequences will also be life-ending, yet there are people still gaining access to this western media.

Standard radios and televisions in the country are manufactured so they can focus only on the state’s broadcasts, assuming you’re rich enough to afford one. Devices imported from neighbouring countries can access signals from South Korea, China and other countries. Importing is difficult, so the information is spreading via file-sharing.

Files are put on DVDs, MP3/MP4 Players, and USB drives. These files are then distributed among the people. Obviously, this is a crime in the country but plenty of things are. The population is exposed to more pirated television shows and music, especially from South Korea, which does not have a language barrier. Propaganda within North Korea has always suggested that the South is a much poorer country. Observations from refugees lucky enough to escape the oppressive regime of the DPRK have confirmed what we have already known outside the country for quite some time. For those only leaving it, the knowledge must be overwhelming. A 23-year-old escapee from the capital city of Pyongyang was quoted as saying this:

“The MP4 [player] was empty but I received movies and music from friends who had computers and then I watched and listened to them. The battery was charged with electricity and it was portable so young people liked it."

“I was told when I was young that South Koreans are very poor, but the South Korean dramas proved that just isn’t the case."

The reality of the country is downright terrifying, but to fully drive home the idea of just what imprisonment in North Korea contains, it might be worth expanding on a little. The country still operates prison camps, much like the Soviet gulags which inspired them. In stereotypical fashion the camps are numbered rather than named. Prisoners who do not work are publicly presented to the rest of the inmates, who are told the prisoner had been offered redemption through labor for their country. Instead, they chose to reject the generosity of the country's government. After this they are simply executed. The largest known camp is 31x25... miles. This camp is larger than the city of Los Angeles. Assemblies of more than two inmates are forbidden, except during executions, where attendance is compulsory.