We have seen graphics cards priced at hundreds of dollars or even $1,000 in the past, but today NVIDIA took that to a new level. The graphics chip company, which introduced its GTX 800M chips for laptops a couple of weeks ago, officially announced the GeForce GTX Titan Z, which will set the high end PC gamer, or anyone who wants a supercomputing rig, back $3,000. making it more expensive than even most personal computers. 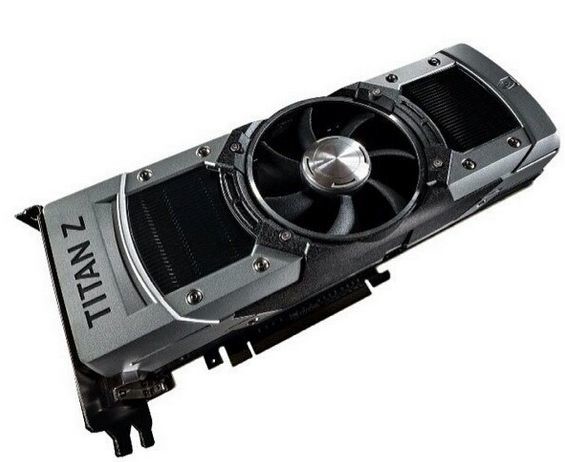 NVIDIA made the announcement as part of its annual GPU Technology Conference, The GeForce GTX Titan Z has two Kepler-based GPUs, which have a combined total of 5,760 processing cores. NVIDIA says both GPUs have been tuned to run at the same clock speed, and combined with dynamic power balancing it claims neither one of the chips creates a performance bottleneck. It also has 12GB of dedicated frame buffer memory.

You might expect that a graphics card that is this powerful might also be a bit noisy, but NVIDIA insists that is not the case. The GeForce GTX Titan has been made with "low-profile components and ducted baseplate" this is supposed to cut down on turbulence and thus keep the card's noise down to a minimum.

All in all, the GeForce GTX Titan Z is a graphics card that's been made for the people that believe money is no object when it comes to getting a more powerful PC, or for people who want a supercomputing rig. The rest of us will have to check out NVIDIA's more mainstream solutions.