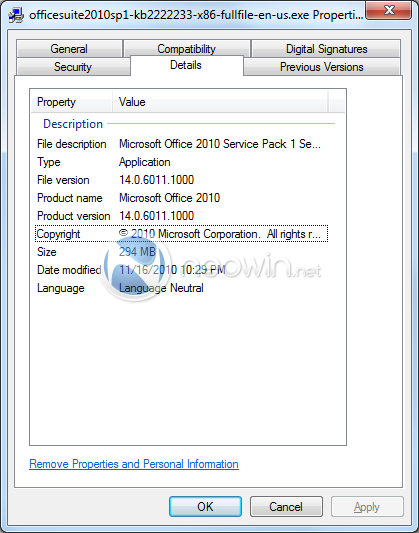 Microsoft has sent out to select beta testers the first iteration of its service pack for Office 2010. The service pack weighs in at 294 MB and is currently making its way into the inbox of a selected group of beta testers.

Office 2010 is Microsoft's latest version of its popular productivity suite and is used widely across corporate America. A general rule in the IT world is to not install any products from Microsoft until SP1 has been released; this is typically done to ensure stability and security for the end user.

Our tipster has indicated that there are no noticeable changes after first use.  This indicates that it may be a large patch to the platform that will further enhance the security and the stability of the application.

Microsoft Office is a big ticket item for Microsoft and its imperative to their financial success that the platform be adopted widely to meet its sales and financial targets. With SP1 just around the corner, Microsoft will soon be able to expect corporate America to begin its adoption of Microsoft's latest Office offering.

Thanks for the tip Tom