As of April 24, it has been a year since the Apple Watch launched. Having been an owner of the device for the entire time, it seemed like a perfect opportunity to take another look at Apple's venture into the wearable market.

It's still in great condition

I went with the 42 mm Space Gray Apple Watch Sport for a couple reasons. The first generation model obviously had some shortcomings, that would hopefully be fixed in the second generation. Also, the Space Gray model just looks great, even better than the stainless steel models, in my eyes.

That being said, after wearing it almost every day for a year, my Watch is still in nearly perfect condition where anyone will see it. Looking at the display and the sides, there is not a single scratch to be found. There are a couple dings on the bottom side, but nothing that anyone will notice while it's sitting on my wrist.

It's worth noting at this point that while the stainless steel and gold models of the Watch shipped with sapphire displays, the Sport did not, making it even more impressive that it's still in such great shape.

One thing that continues to impress me is how easy it is to swap out the bands on an Apple Watch. This was something that I felt was ever-so-slightly misleading on Apple's part, as Apple Store employees would tell me "you can switch bands on the Sport, but we don't recommend it".

There is a button on the bottom side of the Watch that, when pressed, will allow the user to simply slide the band out. Slide a new one in and you're good to go.

I now own six bands for it, including: black Sport (came in the box), red Sport, Milanese Loop, black Milanese Loop, blue Leather Loop, and black Link Bracelet. I often find myself mixing up the two Sport bands, using one side red and one side black.

I didn't pay Apple's hyper-expensive prices for the bands, being $49 for a Sport and $149 for pretty much anything else. There are plenty of fantastic third party bands out there for less than a third of what Apple will charge.

A watch is just as much style as anything else, so the ability to easily swap out the bands is important. The fact there's an ecosystem of third party vendors is equally so.

It still has shortcomings

Last year at Apple's Worldwide Developer Conference (WWDC), the firm announced watchOS 2. Launching in September, this was the one that was slated to be the game changer.

Prior to watchOS 2, apps could only stream from the iPhone that it was paired with. With the new version of the OS, users would finally be able to run apps natively on the Watch.

Finally, we would have a 'killer app'. The Apple Watch would no longer be a dummy terminal for your iPhone.

Sadly, the 'killer app' never launched. Without an iPhone around, the Watch still mainly does what it always has, which is: play music, track fitness, look at your photos, and, you guessed it, check the time. Of course, watchOS 2 has opened up some additional functionality, but nothing that I've found particularly useful.

Sure, some apps work from time to time without an iPhone around, but it's so spotty that I just ended up in the habit of not even trying. Many of the apps are just so slow to load (five to ten seconds) that you just go to your iPhone by default.

Another shortcoming - which is obviously not Apple's fault - is that just about every major app wants to make an appearance on your Watch. From games to streaming services, they're all there. 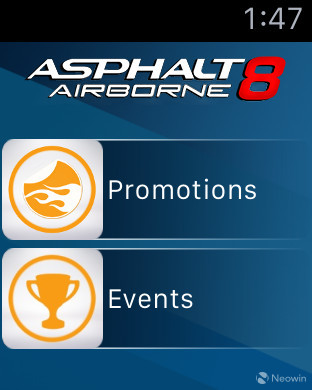 But can I actually play Asphalt 8 on my Watch? Of course not, nor would I want to; however, Gameloft has found another way of trying to put promotions in front of my face, so they'll use it. It's the wearable equivalent of a game asking you to allow it to deliver notifications just so from time to time, it can say, "Hey, we noticed you haven't played our game in a while. Why don't you come back?"

Of course, these apps are very easy to uninstall. It's just a bit annoying when apps try to get onto my Watch if they obviously have no business being there, and it happens frequently.

A lack of sleep tracking is another potential pitfall, although many don't see the value in tracking sleep, something that we're not going to dive into here.

Another drawback is the lack of GPS. It may seem silly to those that don't have a need for it, but I know people who switched from an Android phone to an iPhone, but kept their Android Wear watch paired with their Android phone (rather than buying an Apple Watch) just so when they go for a run, they have a map of everywhere they went.

The main shortcoming, and sort of a summary of everything I've said throughout this section, is that there isn't a real use for the Apple Watch. It hasn't made my life better. It hasn't solved a problem that I didn't know that I had.

I use it from time to time because it happens to be on my wrist. In the next section, I'll go into how I use it, and how there are, in fact, benefits to the Apple Watch, but I don't know that it's worthy of owning one.

How I use my Apple Watch

Like I said, it's not all bad. After a year, I mainly use my Apple Watch for receiving notifications, and occasionally responding to them.

I don't often use my Watch to respond to messages because I think that when I'm in public, people would find it annoying to watch me try to dictate a text. This is also the reason that I don't use it to answer calls.

Step counting is another way that I use it; however, my fitness stats are more integrated with Microsoft Health. I can't help but think that I would use it more for fitness if it tracked sleep.

Many are going to counter that last statement with the battery life argument. When will you charge your Watch if you track your sleep? That's a valid point. After all, Apple promises up to 18 hours of battery life.

This has not been my experience at all. I get far more battery life from my Apple Watch than I do from my Microsoft Band 2, sometimes up to 48 hours, although granted, I don't use a lot of apps. Nevertheless, it's up to the user to decide when they want to charge it and it's up to Apple to deliver the sleep tracking feature.

One thing that I do often use it for is navigation. No, I don't mean firing up Siri on the watch and dictating an address. That method is frustrating and ridiculous. I mean starting a route on my phone and letting the Watch give me the turn-by-turn directions.

This can be a very pleasant experience. I find voice navigation to be very annoying in the car. No one needs to hear, "Turn right in a half mile...turn right in 500 feet...turn right". This can be especially frustrating when you're trying to listen to something through the Bluetooth system in your car, but the navigation keeps interrupting it.

Finally, I tend to use my Watch to control my Apple TV. It's not that the Watch is particularly good at it, but more because the Apple TV remotes are so tiny that they get easily lost. 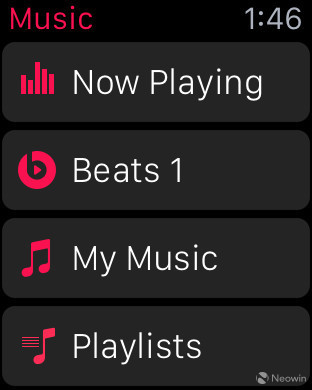 Occasionally, I'll use my Apple Watch to play music. It's one of those few things that the device has always been able to do on its own, and it's pretty good at it.

Users can sync up to 250 songs or up to 2 GB of music. You have the option to play the music from the Watch or your iPhone, although the former will require Bluetooth headphones.

The part that's especially disappointing to me is that there's no option to sync podcasts. Every time there was an update to the Apple Watch, the first thing I checked for was a Podcasts app, but it never came. Audiobooks would be nice as well, but it simply hasn't happened.

Different things are important to different people. No one user's priorities are more important than another's. One of my priorities is podcasts, and if Apple doesn't do something about this soon, the addition of podcasts to Google Play Music could be enough for me to switch over to Android Wear.

When the Apple Watch came out, many said that it would be best to wait for the second generation, while many didn't think that there was much else that Apple needed to do (other than native apps, which would come through a software update).

After a year using the device, it's clear that there's quite a bit of improvements that Apple can make in a second generation model, which is rumored to be announced at WWDC in June.

Here's what I would like to see from the next Apple Watch: GPS and an option for cellular connectivity would be a start. Mainly though, I think we just need a better processor in there and better connectivity. It needs to take less than five seconds to launch an app. If the Apple Watch isn't more convenient than an iPhone, what's the point?

Other improvements could come in the form of watchOS 3, such as an ambient display (although if this feature did come in watchOS 3, I'd bet that Apple restricts it to new hardware), sleep tracking, and a Podcasts app.

Nevertheless, my Apple Watch is still as good as the day I bought it, which is an impressive feat after a year. Of course, it hasn't improved either. watchOS 2 wasn't the game changer that it was predicted to be, and Apple still has work to do.