Users of the OneDrive sync client for Windows 10 are reporting an update today, stating that they now have the option to limit upload and download speeds in new Network settings. 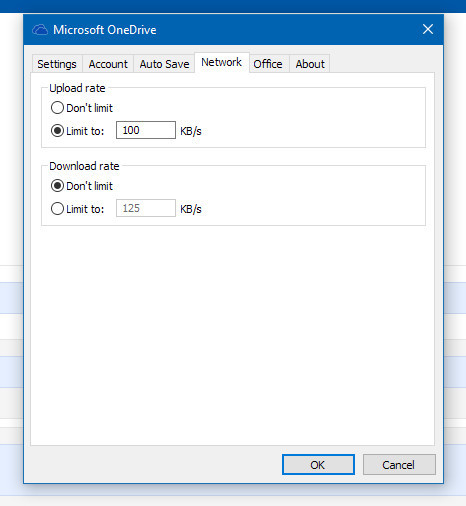 Previously, syncing large files through OneDrive would suck up some serious bandwidth. Any OneDrive power user knows what it's like to drop a large video file into the sync client and try to use their PC while that's happening in the background.

These new settings should be able to offset some of the issues that causes.

It would appear that the update is rolling out in stages though, as many are reporting that they aren't seeing the new settings yet. To check if you have it, right click on the OneDrive icon in the taskbar and click Settings. If you have a Network tab, you're good to go.