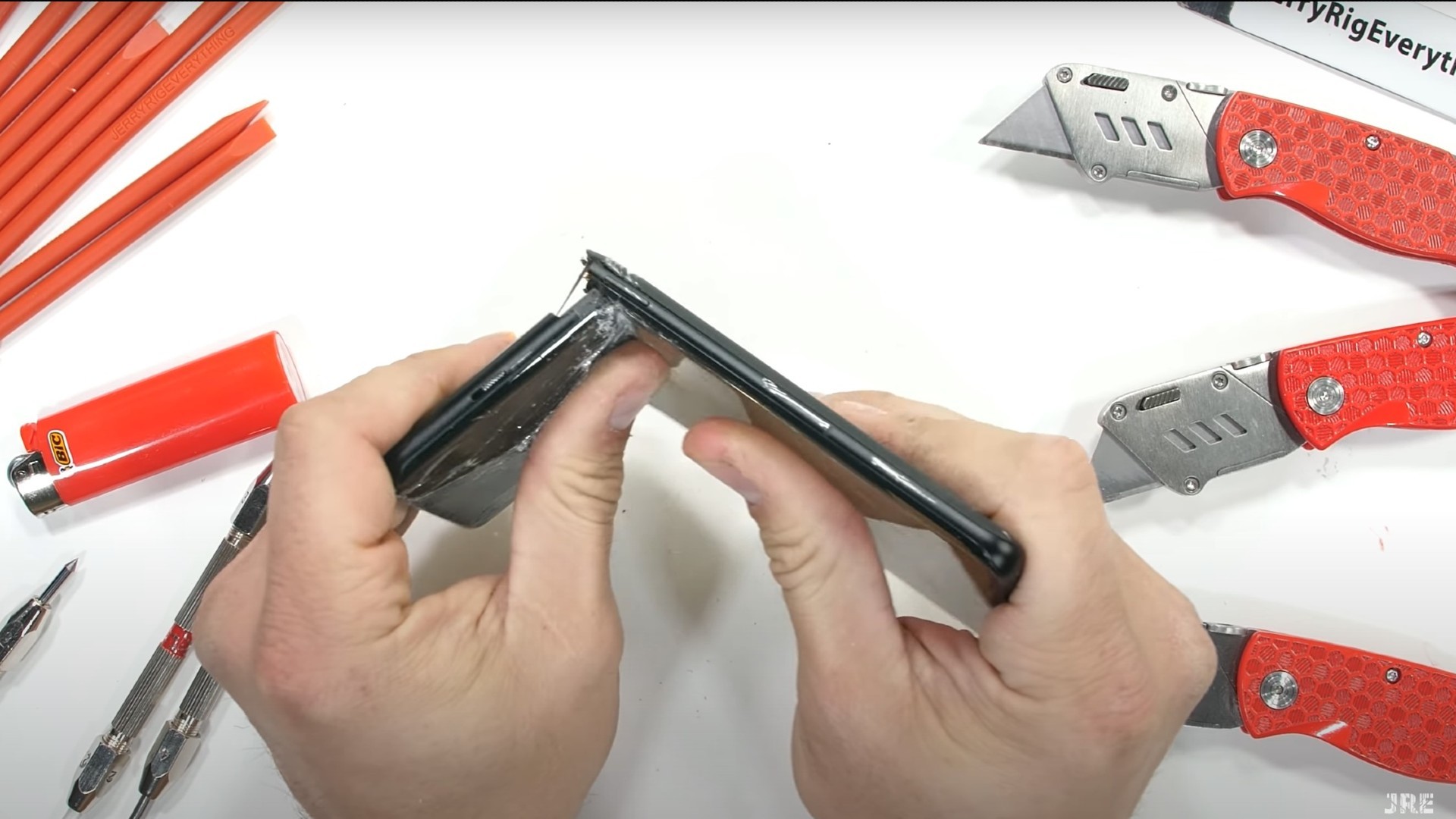 Flagship phones not only offer the latest pieces of hardware but also come with great build quality, generally speaking. But it seems the same can’t be said about the new OnePlus 10 Pro.

YouTuber Zack Nelson from JerryRigEverything has posted a video on YouTube where he put the OnePlus 10 Pro through a durability test. And much to everyone’s surprise, the flagship phone failed the test.

Upon putting some pressure on the back of the smartphone, it begins to develop some cracks on the backside and then breaks in half when pressure was applied to the other side. The bend test starts at 6:57.

It's quite rare for a flagship phone to break in half when some pressure is applied, but it looks like the company hasn't paid enough attention to its durability.

If you can remember, back in 2014, some iPhone 6 users reported that their iPhones bent in their pockets. What happened to OnePlus 10 Pro, however, is much worse than that - it just breaks and dies!

While you wouldn't want to bend your smartphone, the YouTuber advises users to be extra cautious when the OnePlus 10 Pro stays in the back pocket. Any "abnormal abuse" can also do significant damage to it.

Does the durability test influence your purchasing decision? Will you still buy a OnePlus 10 Pro after watching this video? Let us know in the comments.