It's been a bit of a bad week for Apple, with the rollout of its broken iOS 8.0.1 update yesterday, and reports of its iPhone 6 Plus 'bending' in the pockets of users. The latter issue, which has come to be known as 'Bentgate' or 'Bendgate', has received enormous publicity across the globe in the last couple of days, and the company's rivals have been enjoying plenty of laughs at its expense. 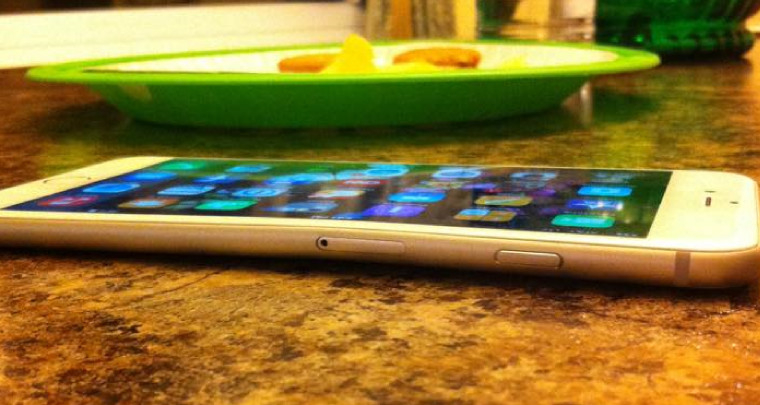 But just how widespread is this problem? Well, according to Apple, it's a drop in the ocean. The Wall Street Journal reports that the company described the issue as "extremely rare", and said that just nine (yes, nine) customers had contacted it to report that their handset had been damaged in this way. Nine handsets out of ten million sales (of both the iPhone 6 Plus, and the smaller iPhone 6 - which at least one owner said had also bent in the same way) equates to 0.00009% of devices affected.

Apple said that its new handsets are "beautiful and sturdy", pointing out that they have been constructed from "anodized aluminum, which is tempered for extra strength", and reinforced with stainless steel and titanium parts. It added:

We chose these high-quality materials and construction very carefully for their strength and durability. We also perform rigorous tests through the entire development cycle, including 3-point bending, pressure point cycling, sit, torsion and user studies. iPhone 6 and iPhone 6 Plus meet or exceed all of our high quality standards to endure everyday, real life usage."

As BBC News reports, the 'sit' test is particularly relevant to the recent complaints, and is "designed to simulate the effects of a user sitting down on a hard surface with the phone in their back pocket thousands of times over the course of several years."

Apple also pointed out that its new devices use "ion-strengthened glass", although if the experience of Mat Honan from WIRED is anything to go by, it's not exactly perfect. In addition to his iPhone 6 Plus, provided by Apple, becoming bent during his testing of the device - albeit 'almost imperceptibly' - he said in his review:

My screen is also scratched. There are three small but distinct scratches, and I've no idea how any of them got there. I haven't carried my keys in my pocket with it. I haven't done anything unusual with it. But there they are.

So after four days, I have a slightly bent, slightly scratched phone. Which means that, while this is the best hardware I've ever used - from the processor to the camera to the display - I'm worried about durability."

Such experiences are clearly the exception rather than the rule though, with so few reports of damaged handsets against such a vast number of total sales. Indeed, this is precisely why we sounded a note of caution when we first reported on this issue earlier on Tuesday, pointing out that the number of cases was very small.

It's also worth repeating another point that we made: this isn't the first time users have complained about 'bending iPhones'.

Over the days and weeks ahead, we'll have to see if the number of complaints about the iPhone 6 and 6 Plus grows - but for now, it's all starting to look like a bit of a storm in a teacup.