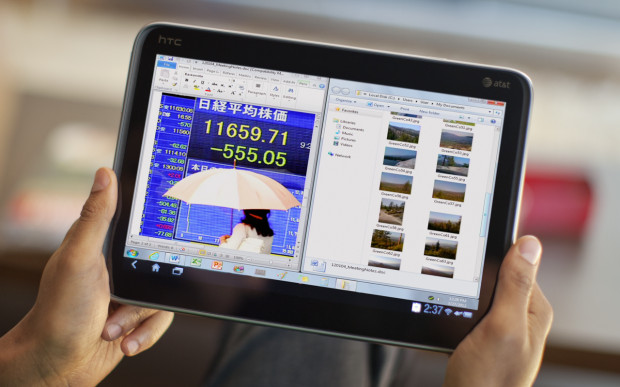 In August of 2012, things were not looking good for OnLive. The streaming PC game and office productivity service reportedly laid off the majority of its team members, which at one point numbered between 180 and 200 employees. The company's founder and CEO Steve Perlman, left OnLive later that month as well.

However, the OnLive service itself kept working even with these problems. Today, the company broke a long silence with a new blog post today by its current chairman and majority owner Gary Lauder. Lauder quoted Mark Twain's famous saying, "The reports of my death are greatly exaggerated" as a reference to OnLive's current situation.

OnLive currently has about 90 employees, according to Lauder, and a look at the company's employment board shows another 26 open positions. Lauder also announced it has hired Don Gordon to be OnLive's VP of Engineering. He states:

He attracts tremendous talent that remains loyal to him.  He is an inventor with more than 55 US patents in interactive TV and video technologies, and his innovations have already redefined the Smart TV as we know it.  Don is the epitome of a “creative technologist,” with all the right skills in his toolbox to lead OnLive into the future.

The blog post offers some some hints about what OnLive could be working on in the future, including OnLive Desktop, which offers Microsoft Office and a super fast version of Internet Explorer 9 to iOS and Android platforms. Lauder states, "We’ve been hard at work expanding this capability, and will have some significant developments to share later this year.  Though I can’t say too much yet, I will say that we couldn’t be more enthusiastic about having Don at the helm of engineering at this exciting time."