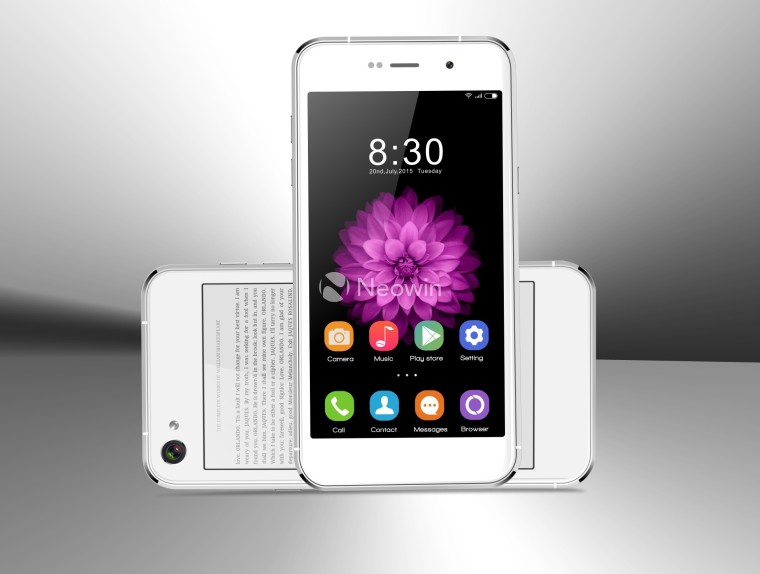 Last month we reported on the Oukitel U6 dual screen phone reaching availability "within a month". Now - a little later than planned - sources at the Chinese manufacturer have confirmed to Neowin that the U6 is available for pre-order internationally at a recommended retail price of $239.99, comfortably below the sub-$300 pricing originally suggested to us back in July.

However, the U6 did receive a small change in hardware; due to Mediatek "not being ready" with the ten-core MTK6797 SoC, they have had to include a quad-core chipset instead;

Since Mediatek is still working on the MT6797 Helio20 SoC, OUKITEL will deliver this dual screen smart phone with MT6735M quad-core chipset first and leave MTK6797 version as U6 Pro.

The Oukitel U6 has a 5.0-inch front display and an 4.7-inch e-ink display on the rear of the phone, with 16-grey-level adjustment and 235PPI pixel density, similar to the YotaPhone. It will run Android 5.1 Lollipop out of the box.

Oukitel told us that the U6 Pro version with MT6797 Helio20 SoC will be delayed until next year, but didn't say exactly when or what the pricing will be, although it is expected to remain under $300.

The Oukitel U6 can be preorderd at Gearbest for slightly more than the recommended retail price at $269,99; Oukitel told us that the U6 is also available at Pandawill, but we couldn't find a listing for it. Delivery is expected in the month of September.