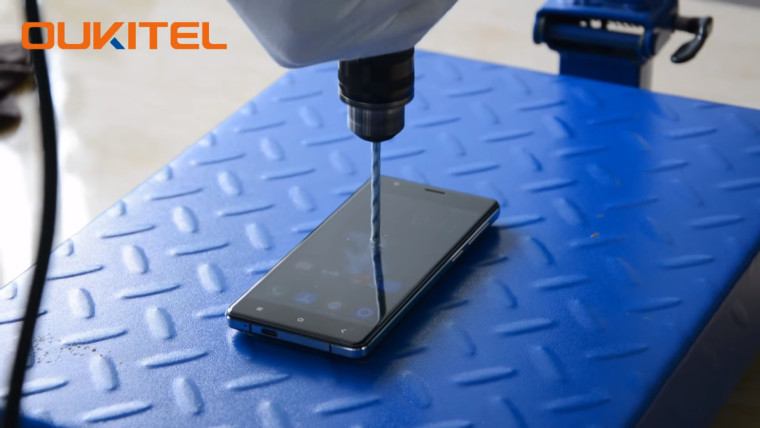 Earlier this month we reported on Oukitel's new K4000 smartphone's toughness by being able to survive a hammering, as well as being driven over by a car. This time around they have taken a drill to it to show off the toughness of the glass used, which you can see below.

Although not confirmed or stated anywhere, the drill bit looks like a stone drill and it is shown drilling through a piece of wood first before it is applied to the K4000.

As you will see, the phone takes a while to penetrate, and even after the battery is pierced, simply replacing it results in the phone still being able to power up.

The K4000 went on sale last Tuesday for $119.99, with deliveries expected to ship in early October. Oukitel have also confirmed that pricing will rise to $139.99 in the last week of October, which is when the promotional launch offer ends.

For that pricing you will get a more than capable mid-range Android device:

Oukitel originally claimed on their website (which is still up) that the K4000 will last up to seven days of normal use, and three days heavy use on one charge, but have since updated their official launch page with "5 days normal use" and "2.5 days heavy use". It's clear this is something that needs to be tested by an independent reviewer.

The K4000 can be pre-ordered now via their website and ships to North and South America as well as most of Europe, Asia and Australia.