Last night, the word got out that some folks were creating "street art" in locations around New York City that seemed to be a viral marketing campaign for Microsoft's Surface tablet. So far, the company has not offered any comment on these images, which are a clever mix of billboards and graffiti.

Now yet another example of Surface street art has popped up, but this time the painters who created the ad were "caught in the act". Web designer Daniel Howell took a quick photo of the painters and posted it on his Twitter page. The workers were in the middle of their Surface painting gig on the side of a building in the SoHo section of Manhattan. 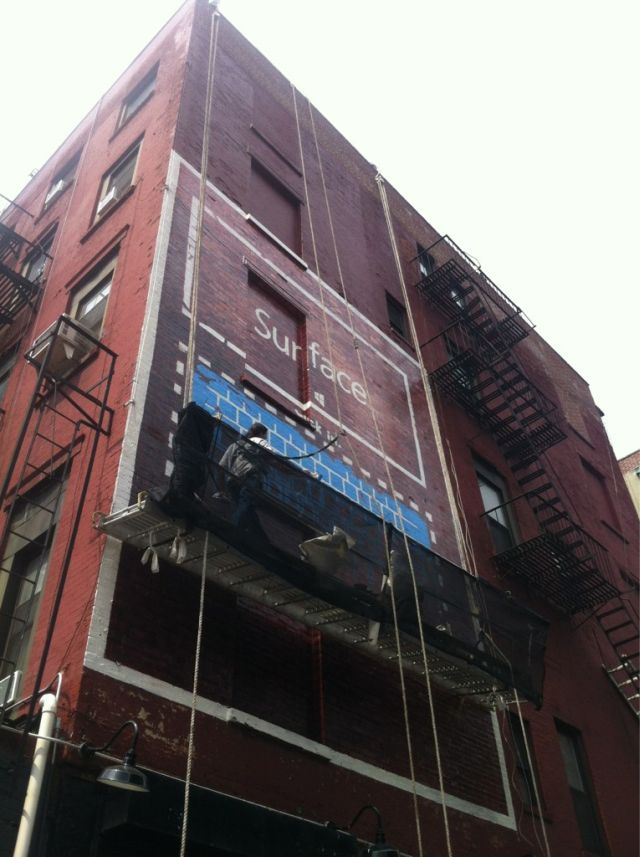 Howell's comment on seeing the art? "Like seeing my dad wearing skinny jeans and a jaunty hall." Unfortunately, Howell didn't ask the painters about their job while he was there, saying, "no I sort of chuckled a bit and moved on..". However, it does indeed look like Microsoft just started this viral campaign for the Surface this week and it's now spreading out in New York City (the first examples of street art were put in place in Brooklyn).

Microsoft is holding a joint press conference with Nokia in Manhattan on September 5th, but its unlikely that Microsoft will mention the Surface at the event.