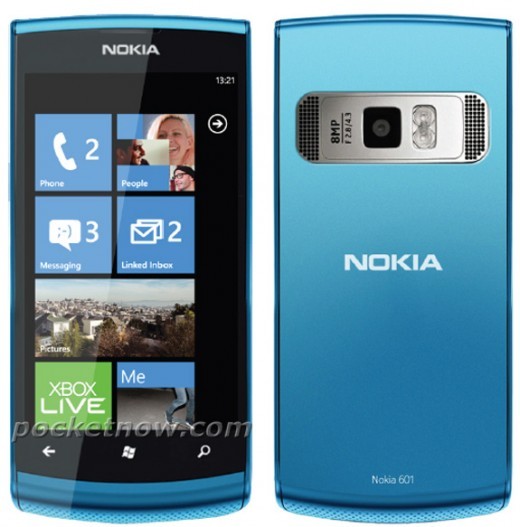 A recent slip in a Nokia developer video has been making waves online. Towards the end of the video, an unfamiliar phone popped up which people weren't sure whether to dismiss as a placeholder or jump on as a leak. The plot has thickened now, as one news site has reportedly received a render of the phone in question.

The above image is from Pocketnow, which isn't too sure of the validity of the image. But as they note, it looks suspiciously similar to the one leaked in the developer video. It's hard to judge whether this is an opportunistic fake or a legitimate phone, but signs are pointing to a similar phone on the horizon.

Judging by previous comments from those high up at Nokia, the company is looking to go for a tiered selection of phones. The 601 could make up the entry-level section of that offering, with the 710 forming the mid-range and the 800 catering to the high-end.

Nokia Blog notes that the camera looks suspiciously like the C7's offering. Whether that makes it more credible or less is up to you, but it has to be said that it doesn't look like Nokia is taking WP7 lightly. A three-pronged strategy, backed with an aggressive marketing campaign, is sure to make waves in the US and convert some of the Android faithful.