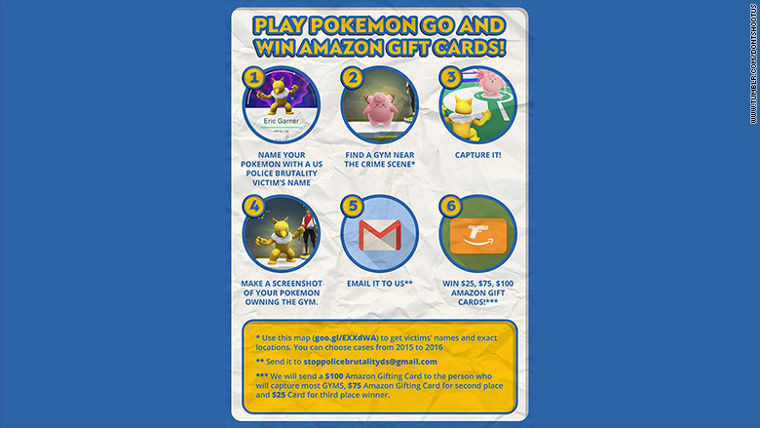 The illusive Internet Research Agency, the alleged Kremlin-linked troll unit that has been at the centre of US investigations into Russian meddling of the 2016 presidential elections, apparently tried to incite violence and stoke racial tensions amongst Americans by using Pokemon GO.

The Agency apparently ran a campaign linked to a number of accounts on YouTube, Twitter, and Facebook under the title "Don't Shoot Us". This campaign was intended to be associated with the Black Lives Matter activist movement against police killings and mistreatment of African-Americans, which for a time after the killing of Michael Brown was associated with the slogan "Hands Up, Don't Shoot".

CNN has released information about a Russian-linked account that apparently ran a "Don't Shoot Us" campaign on Pokemon GO. The project involved players of Pokemon GO being incentivized to capture and name a Pokemon after a victim of a police killing, such as Eric Garner, then proceeding to a Pokemon Gym near one of the sites of a race-associated police killing, winning over this gym, then taking a screenshot of their victim-named Pokemon dominating the gym, emailing the result to stoppolicebrutality@gmail.com, and then claiming their Amazon Gift reward.

Executives from Facebook, Twitter, and other prominent tech companies will be testifying before the Senate Intelligence Committee on Russian meddling into the US election. It has not yet been confirmed whether Niantic, the company behind Pokemon GO, will now be asked to testify before the committee.