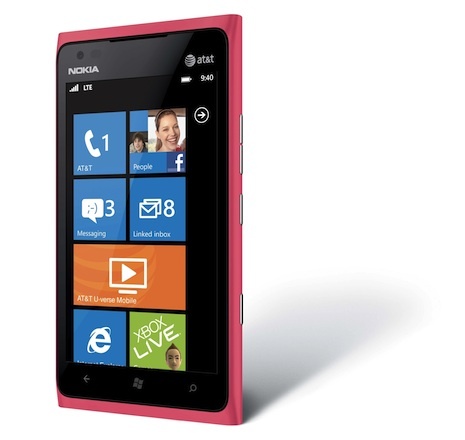 Nokia's Lumia 900 smartphone launched in April with two colors, your basic black and cyan. A couple of weeks later, a white version of the phone launched. Today, Nokia announced that the Windows Phone-based device is getting a new color choice that may be more popular with the female consumer.

The pink version will go on sale in US AT&T stores, along with the wireless carrier's website, on Sunday, July 15th. Other than the different color, there's no other difference in this Lumia 900 compared to the other models in terms of features and price tag.

One note about the pink color – this is not a case where pink paint is applied on the top layer. The Lumia 900 is polycarbonate, meaning it’s constructed of one piece of plastic – the unibody construction is pink all the way through. So, if you get a scratch on your Lumia 900, it won’t show obviously because of the amazing construction process.