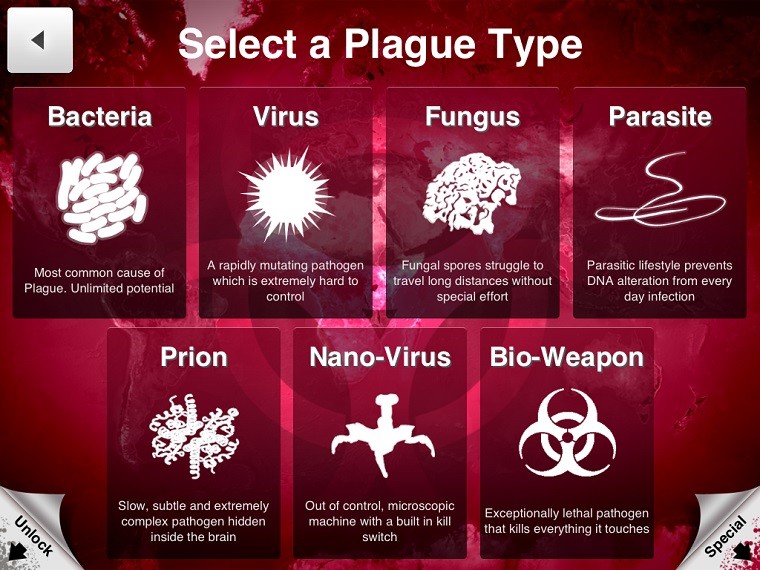 Good news for those of you passionate about morbidity, mortality, globalization and the spread of disease. What are we talking about? Plague Inc. of course, the very popular game on iOS and Android which is now coming to Windows Phone.

Ndemic Creations, the developers behind the successful title, have announced that interested folks can sign up for the beta of Plague Inc on Windows Phone with a beta launch around the last week of this year.

The game allows the player to be in control of a pathogen, be it a virus, bacteria or some other nasty critter and direct its evolution. The point of the game is to wipeout humanity by spreading your disease around the world and killing as many people as you can - always a refreshingly positive attitude to our existence.

Obviously users will be happy with the addition of the popular game to the Windows Phone Store. Some questions in the beta form also hint at a future release as a Windows universal app despite the game already being available on Steam.

Of course some will likely also note that the glacially slow pace at which this well known title moved over to Microsoft's platform is very worrying.