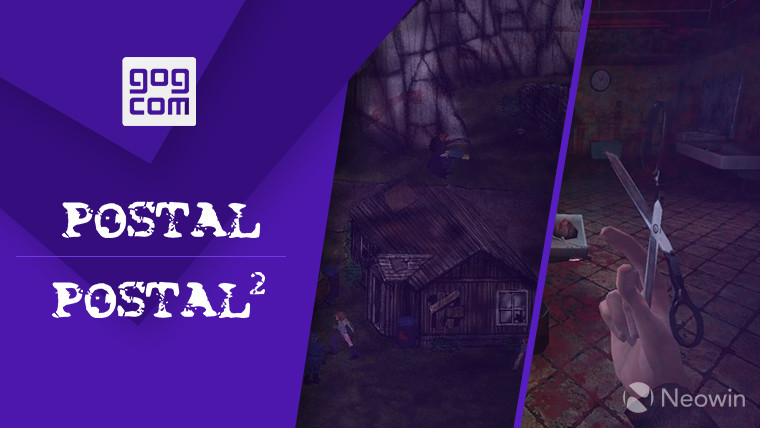 Following in the footsteps of Wasteland 1 and Wasteland 2 at beginning of GOG's Winter Sale, it's now the turn of Postal: Classic and Uncut, as well as Postal 2 to take the spotlight as freebies.

For those who don't know, Postal is a shooter franchise developed by Running With Scissors, known for its rather violent action and some say controversial content. It stars the Postal Dude, voiced by Rick Hunter in the first and second games, and Cory Cruise in Postal III. A fourth entry in the series is currently in development, dubbed Postal 4: No Regerts, with the protagonist voiced by none other than Duke Nukem himself, Jon St. John. You can see the trailer below:

You'll be able to grab the first one - which includes the Special Delivery expansion pack and was released as Postal Plus in the U.S. - for free whenever you desire going forward, with the second title only being available to claim until December 18 at 2PM UTC (9AM ET/6AM PT).

If you decide to go for the fourth entry in the series, it has a 20% discount applied until the end of the Winter Sale, slated for January 2, 2020 at 2PM UTC.

Update: Postal: Classic and Uncut, as well as Postal 2 seem to not be accessible to folks in Germany.