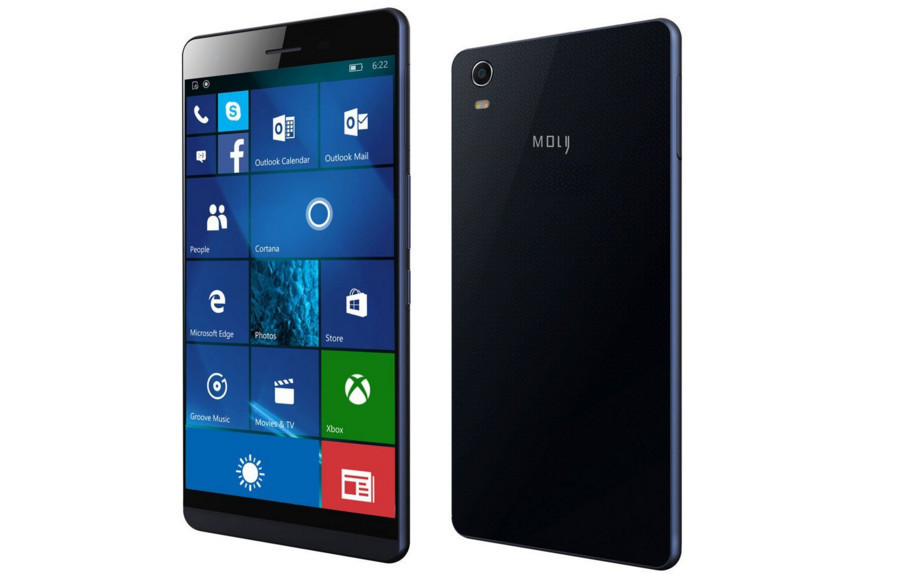 Although the previous generation of Windows smartphones were dominated by releases from Nokia and Microsoft - Lumia devices still account for 97% of all Windows handsets - more companies are continuing to join the platform following the launch of Windows 10 Mobile. The latest to offer a handset running Microsoft's new OS is a company that goes by the name Coship, which will be shipping its handset at the end of the month.

It isn't a high-end device by any means, but it does offer some compelling components at a reasonable price. The specifications for the Moly X1 are listed below:

Coship isn't the first brand we have seen outside of Microsoft to offer something new, with brands like NuAns from Japan, Alcatel and others going the distance with their own Windows 10 Mobile offerings. Acer has even thrown its hat into the ring with its own high-end handset that should entice those looking for something other than Microsoft's own Lumia 950 XL and Lumia 950.

With the platform gradually gaining momentum, other manufacturers may well showcase new Windows 10 Mobile handsets at this year's Mobile World Congress, which takes place in Barcelona next month.

The Coship Moly X1 is now available for pre-order from Amazon via a third party for $299, with shipments due to begin on January 25.