Samsung has been working on a Tizen based smartphone for nearly a year but hasn't launched the device in the market yet. Now, a newly leaked press render complete with product name "ZEQ 9000" suggests that Samsung might be close to launching the smartphone very soon. 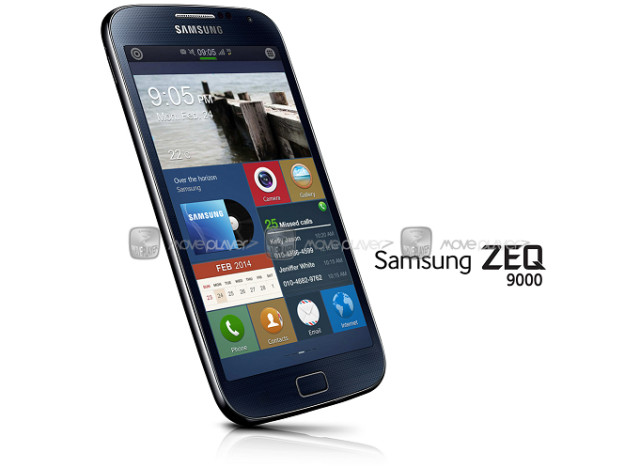 According to the report from Korean website MovePlayer which published the image, the ZEQ 9000 will carry the product code SM-Z9000 for the single sim version, and SM-Z9005 for the dual sim version in global markets and SC-03F for Japan's NTT DoCoMo. However, since DoCoMo recently cancelled plans to carry Tizen based smartphones, this information might be a bit old. Currently known specifications of the smartphone include a 4.8 inch screen with WXGA (1280x768) resolution and a 2.3GHz quad core Snapdragon 800 processor.

ZEQ (Zeke) is expected to be a sub-brand similar to the Galaxy and ATIV, as Samsung has filed an application for the brand name in August according to the website.

It was reported recently that Samsung will be holding a press event on February 23 at the Mobile World Congress 2014 in Barcelona to showcase Tizen-based devices. We can expect to hear more about the ZEQ 9000 at this press event.