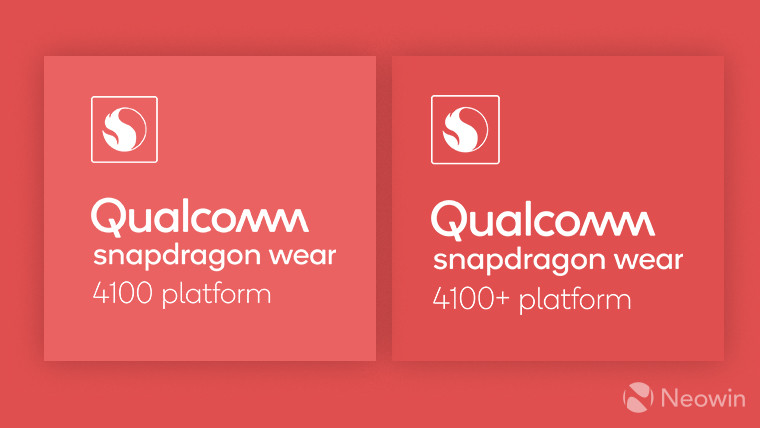 All three of these chipsets had one key thing in common. They were all based on Cortex-A7, the 32-bit ARM architecture that was used in low-end chipsets like the Snapdragon 200. Now, the Snapdragon Wear 4100 series is finally shifting away from that, using the 64-bit Cortex-A53 (up to 1.7GHz), a massive improvement.

"We are delighted to be at the forefront of the fast-paced wearables segment," said Pankaj Kedia, global business head, smart wearables segment, Qualcomm Technologies, Inc. "We have seen tremendous success with our innovative hybrid architecture, first introduced in the Snapdragon Wear 3100 platform, which brings the best of performance and battery life to wearables. Today, we take this unique approach to the next level with the announcement of the Snapdragon Wear 4100 platforms which are bringing richer, enhanced experiences to next generation connected smartwatches."

The new chipsets are built on a 12nm process instead of 28nm, and there's a big GPU bump to the Adreno 504. Qualcomm is promising 85% increased CPU performance and 85% GPU performance, and there's no reason that this wouldn't be true since this is such a fundamental change.

Also important is that it now supports Bluetooth 5.0, while its predecessor only supported 4.2. The Snapdragon Wear 4100+ should get 25% better battery life than its predecessor, and there's a reason that that claim should be limited to the 4100+.

But we're not done. There are improvements to the always-on display too. With the Snapdragon Wear 3100, Qualcomm introduced the ability to support 16 colors on the AoD. Now, the Snapdragon Wear 4100+ will support 64,000 colors. It also supports number kerning, steps and heart rate, battery indicator, alarms, and reminders.

The first products to use the new chipsets are from imoo and Mobvoi, and those two smartwatches will arrive later this year.