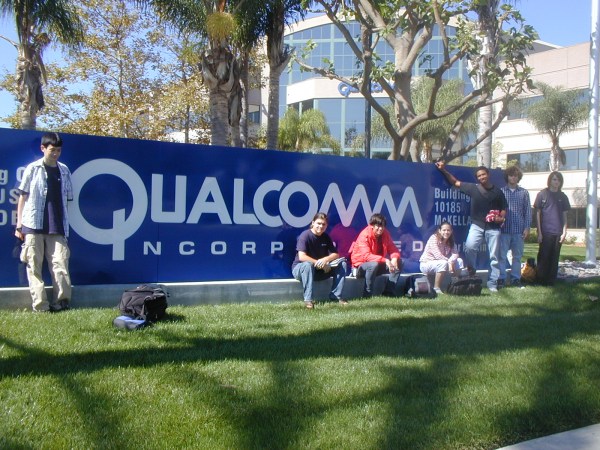 Qualcomm's Chief Financial Officer William Keitel said demand for high-speed wireless devices was stronger than expected in every region around the globe, helping both its chip and licensing business.

"The total market for 3G devices grew at a much faster pace than we expected and the licensing business benefited very nicely from that," Keitel said in an interview.

The San Diego-based company posted an adjusted profit of $1.45 billion, or 86 cents a share, for the three months ended March 27, up from a year-ago equivalent profit of $989 million, or 59 cents a share. Revenue totaled $3.87 billion, showing strong growth from $3.35 billion in its fiscal first quarter ended in December, and up 45% from $2.66 billion a year ago.

Qualcomm executives on a conference call with investors also lifted expectations for the average selling price for handsets to $199 to $209 from $190 to $200, saying prices have gone up in both developing and developed nations.

The company reiterated its CDMA-based device shipment forecast for the calendar year, which company executives attributed in part to caution about Japan, due to the recent magnitude-9 earthquake and resulting tsunami.

Image source: TNW
This article is brought to you in partnership with Brothersoft.