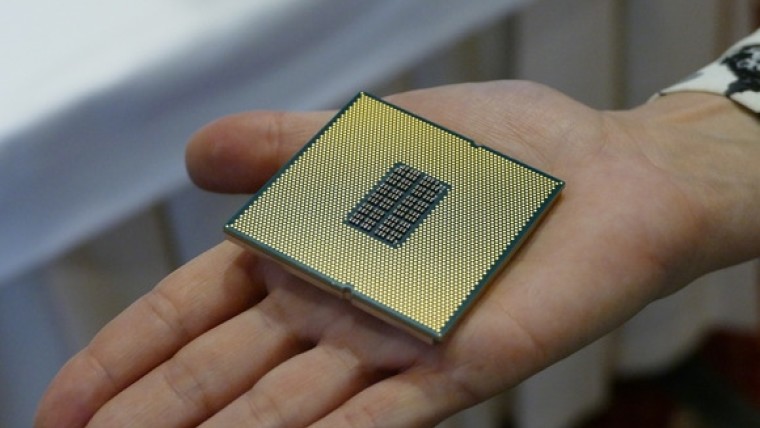 Qualcomm, the world’s largest supplier of high end mobile device SoCs for tablets and smartphones, has begun its foray into serious enterprise computing with a demo of its first socketed, enterprise CPU at an event in San Francisco.

The prototype comes with 24 64-bit ARM cores in an LGA package, much like Intel’s high end Xeons. The demo involved a proof of concept server setup, consisting of three servers in a cluster running a KVM based hypervisor with an OpenStack-built LAMP (Linux, Apache, MySQL, and PHP) virtual machine streaming HD video to a PC.

This is an extremely popular software option in the enterprise, comprising much of the web, so getting decent performance out of LAMP is critical to ARM’s success in the datacenter, even more than low cost and energy requirements.

The server market is currently dominated by Intel’s Xeon line of processors - with some competition from AMD at the low end and IBM at the high end - and it has been that way since Windows NT offered a real platform for x86 servers in the 90s. However, recently, ARM-based micro-servers have started to become popular as the need for low power, highly parallel web servers has grown. There is some debate as to whether the high core count in ARM CPUs will overcome the ability for x86 CPUs to virtualize with near perfect efficiency now, so the ability to run virtualized servers is a key point in Qualcomm’s favour.

Qualcomm’s Anand Chandrasekhar said at the event that the production chips will have a lot more than 24 cores and they already include modern computing features such as PCIe connectivity and high-speed storage, showing that the company is serious about breaking into the lucrative datacenter market.