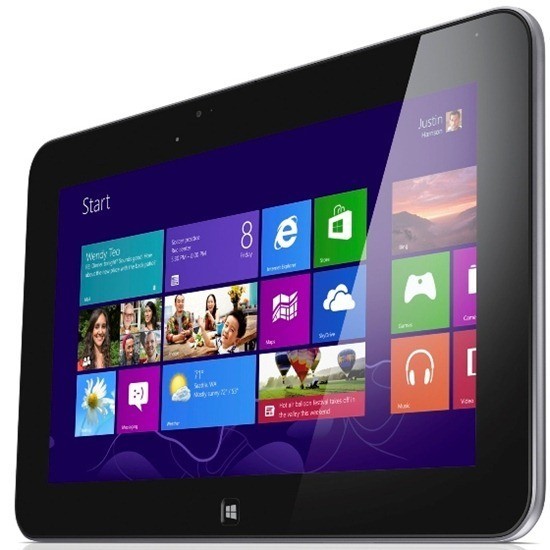 Windows RT, the version of Microsoft's Windows 8 operating system that runs on ARM processors, has taken a beating over the past few months. Just this week, the president of Acer said that the current version of Windows RT has "no value."

That's not how Qualcomm sees things, however. The maker of the ARM-based Snapdragon processor has chips in two Windows RT tablets, the Dell XPS 10, shown above, and the Samsung ATIV Tab. In a new chat on Computerworld.com, Luis Pineda, senior vice president of product management at Qualcomm, states, "We're very excited about Microsoft's strategy around Windows RT." He added, "We're very optimistic with the future of Win RT and we see continued success."

In fact, Pineda claims that he uses the Dell XPS 10 whenever he travels abroad, saying that it gives him a whopping 20 hours of battery life. He stated that Qualcomm Snapdragon processors will be in future Windows RT products from other PC OEMs but would not give any specifics on those devices.

And what about the slow sales start for Windows RT tablets as a whole? Pineda seems not to be bothered by it, saying, "Whenever you launch a brand new ecosystem like Windows RT it would be nice to have a home run from day one. But there's lots of excitement about what's coming."

It should be noted that Qualcomm is also the exclusive processor provider for Windows Phone smartphones, so Pineda's statements could merely indicate that the company is supporting its close partner. Microsoft's Surface RT tablet was made with an NVIDIA Tegra chip, though the future Windows RT devices Qualcomm is planning on providing chips for could include a Microsoft tablet, as no information about the next Surface tablets has been released.