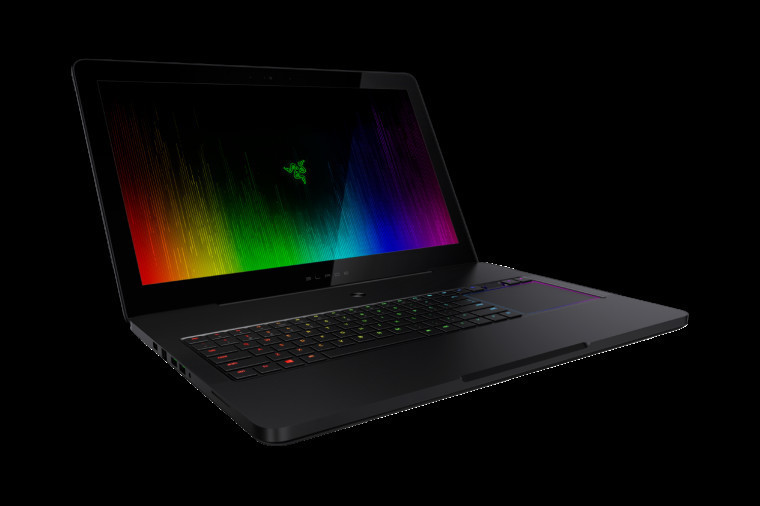 Just a few days ago, Apple unveiled the thinner and lighter MacBook Pro, which offers a new dynamic Touch Bar display. But with lighter and thinner, the company had to remove some of its more traditional ports like its magnetic MagSafe charging jack and SD card slot. 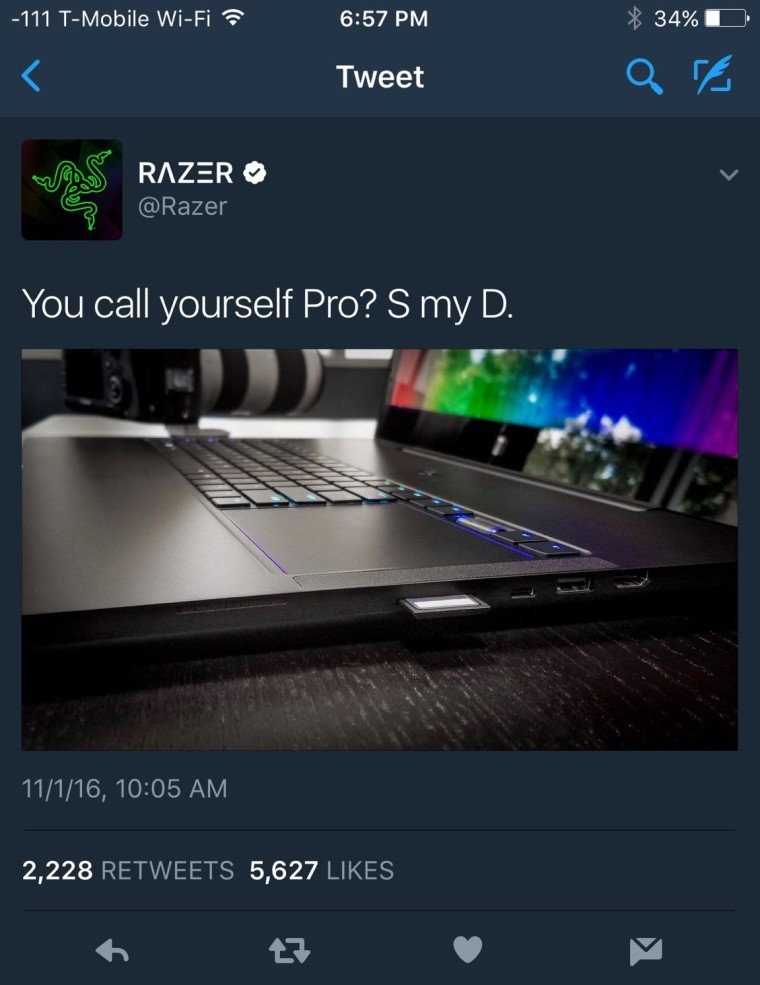 In a chance to tout its own Razer Blade Pro laptop, Razer took to Twitter to offer its own two cents about Apple's latest with the tweet that can be seen to the right. The tweet is a double entendre, poking fun at Apple's MacBook Pro not offering a proper SD card slot, but also offering up a vulgar sexual undertone.

No @Razer presents under our tree this Christmas. https://t.co/ieikwTTEKp

@Razer you are what's wrong with the tech world. No class

The tweet was not immediately taken down and managed to stay up for quite some time before Razer finally removed it following with an apology. However, some people were outraged by this decision, stating that the tweet was "in jest" and the company had nothing to apologize for.

We apologize for the SD reader joke. To those who were offended, it was intended as a lighthearted turn of phrase that missed the mark.

@Razer it didn't miss the mark, it toed the fine line of edge - this was spectacular, you nailed it. sorry people are jerks

.@Razer I really wish you didn't buckle to the politically correct cry babies. It was a joke and clearly intended as one. I liked it.

While it was clearly hoping to drum up some attention, Razer probably didn't anticipate this kind of reaction to its tweet. The Razer Blade Pro is currently available for pre-order with a starting price of $3,699 USD.