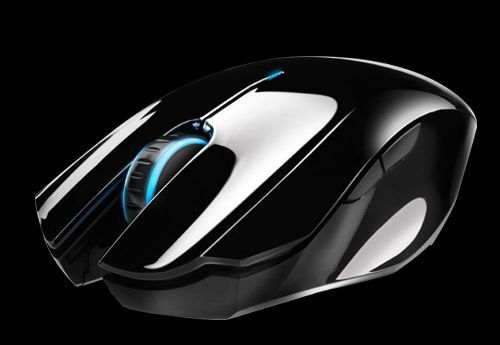 The team at Razer has been busy this month already. The gaming PC peripheral maker has finally launched its long awaited motion sensing PC controller, the Razer Hydra, complete with some custom levels for Portal 2 to go along with it. It also had several announcements of products at last week's E3 2011 event. Now the company has announced the launch of yet another new product, or rather a revamp of an older PC gaming mouse, the Razer Orochi.

Razer previous launched the Orcchi, designed especially for laptop PC gamers, a number of months ago. Now the mouse comes in a new version that adds a sharp black chrome finish to the product. The black chrome version still has all of the features of the original including a laser sensor with sensitivity levels up to 4000 dpi, seven programmable buttons, an ambidextrous design, support for both wired and wireless connections with Bluetooth 2.0 support and more. The Razer Orochi Black Chrome Edition is now available for $79.99.

As we mentioned during E3 2011 week, the company has a number of products in the works including releasing PC game mice, keyboards, headsets and more for specific games such as Star Wars The Old Republic, Battlefield 3 and Mass Effect 3. The company also announced plans to upgrade some of their gaming mice products with dual sensors (both laser and optical sensors on board). Finally there is still the Switchblade portable gaming PC hardware concept. Razer announced the product at CES last January but there's been no word on when or even if the Switchblade concept will be released to the public.