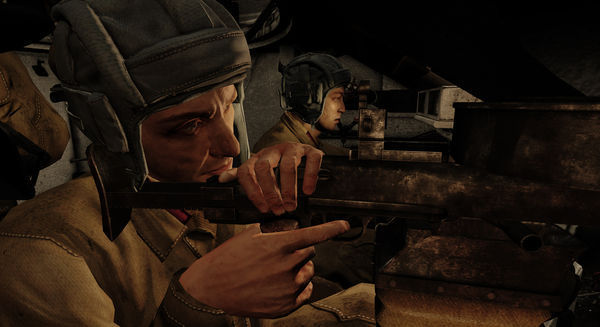 A few weeks ago, developer Tripwire Interactive released Red Orchestra 2: Heroes of Stalingrad, the long awaited sequel to its WWII shooter. On the one hand, the PC game has been a success, with Tripwire stating on the game's official web site that sales of Red Orchestra 2 have already "surpassed the lifetime revenue of the original Red Orchestra that has been selling for over 5 years. The pre-sales and launch week sales of the game broke all company records, even beating out our hit game Killing Floor by a three-fold margin."

But as many players of the game know, Red Orchestra 2 has had more than its share of post-release problems. Tripwire has admitted that "the game had a rough launch": the developer has been busy releasing patches for the game to improve "matchmaking, VOIP, and stability as well as improving performance."  One issue with Red Orchestra is with the game's player statistics along with rankings and player progression and while they're fixing these problems, Tripwire has also made a decision to reset all these features back to zero.

Tripwire says, "This was not an easy decision for us to make, but one we felt we needed to do to preserve the integrity of the stats and ranking system, and to provide all of the players the best experience with the game over the long term." The good news is that after this reset of player stats, Tripwire will also give out double the normal amount of XP to players of Red Orchestra 2 for the next few weeks. That should boost player stats back up to what they were before faily quickly. In addition, players who played the game before the reset will gain a special achievement, "In B4 Reset." Tripwire is also promising that the game will be receiving free content updates in the near future.