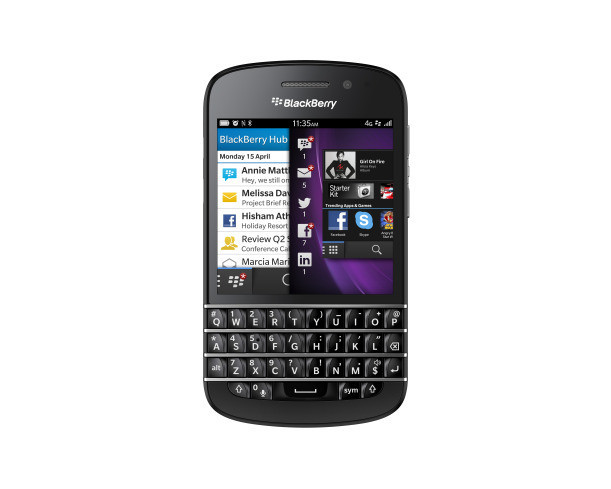 The smartphone, powered by the BlackBerry 10 operating system, went on sale in Canada and the U.K. this weekend. Today, the UK-based Guardian reports that Selfridges, the exclusive retailer for the smartphone in that country, claims that the BlackBerry Q10 is their fastest-selling consumer electronics product ever.

While the retailer did not give out specific sales numbers, the story claims that other sources have reported that they have seen "dozens" of the devices being sold at once. The customers are apparently of two types: corporate IT buyers and people looking to export the device.

This would seem to suggest that business customers who are already used to the older QWERTY BlackBerry smartphones have been waiting for the new BlackBerry Q10 to come out, rather than buy the touchscreen-only BlackBerry Z10, which was launched in the U.K. in late January. US residents will have to wait until the end of May to get the BlackBerry Q10 from the top four wireless carriers, which plan to charge $249 for the smartphone with a two-year contract.

Source: The Guardian | Image via BlackBerry