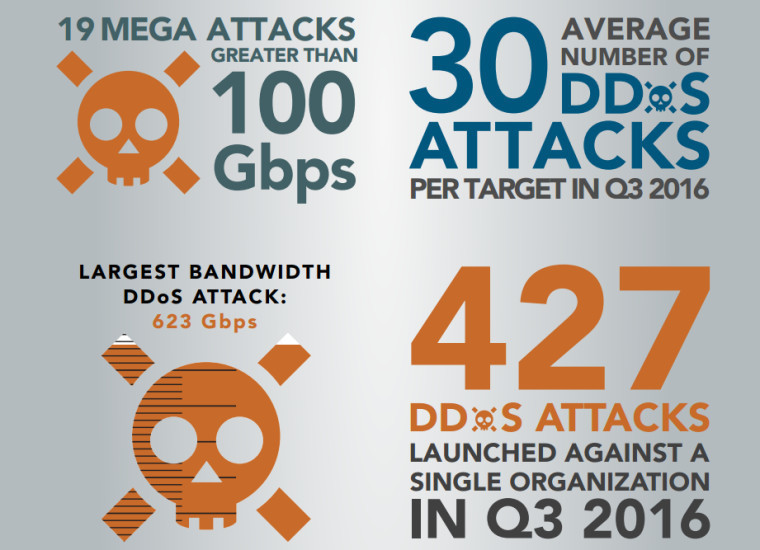 The giant content distribution network, Akamai, has published a new “State of the Internet” report, covering the third quarter of the year. In it, the company highlights some of the recent trends in cloud and web application security, and how online threats have evolved.

According to Akamai’s report, the third quarter of 2016, between July and September, saw a marked increase in both the number and the scope of DDoS attacks around the world. Compared to the same time last year the number of DDoS attacks had gone up by 71%, setting new records.

One of those records were due to the Mirai botnet that managed to drive incredible amounts of traffic when it brought down the security website Krebs on Security, with 623 Gbps of data. During the same quarter 19 DDoS attacks had traffic above 100Gbps showing the increasing power and availability of such vectors.

China, the US and the United Kingdom were the top source countries for DDoS attacks, with China coming in at 30%, the US at 22% and the UK rounding off the top tiers at 16%. 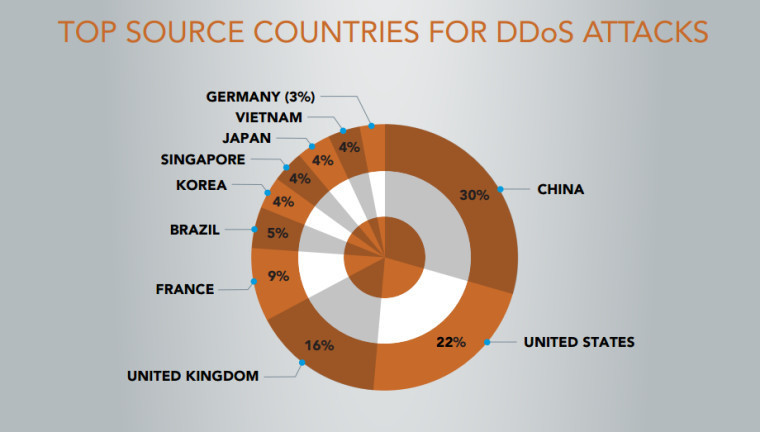 You can check out the full report here.