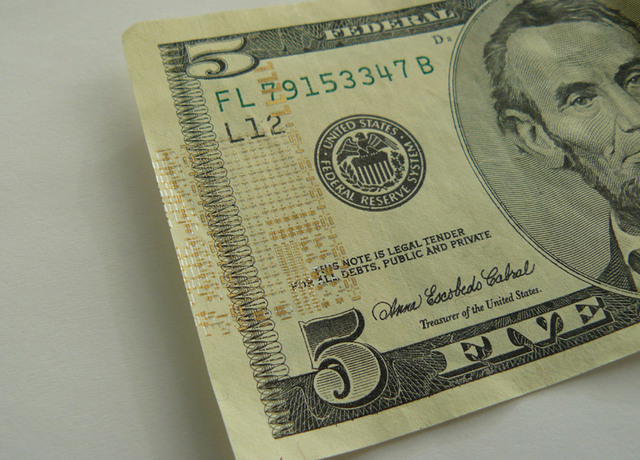 Living “off the grid” may become a bit more difficult in the future if Hagen Klauk’s research takes hold. Discovery News is reporting that the researcher has managed to place organic transistors on your cold, hard cash. The technology could be used as an anti-counterfeiting technology or as a tracking tool to see the path that individual notes take throughout the world.

The research is still in its infancy stage. The low-voltage transistors are currently not able to communicate with external devices so this is purely a proof of concept. Applying the 250 nanometer thick transistors to plastic is relatively straight forward due to the surface being flat but the process had to be modified in order to stick to a textured surface such as paper. Klauk is leaving the actual circuit and engineering work to other researchers.

This technology could be used by governments, allowing them to implant each bank note with the tracking technology. Instead of using Where’s George to track where bills have been, the data could all be collected at the point of sale. Rumors have persisted on the Internet that Euros and Dollars already have RFID chips implanted in them similar to new passports, but these have never been confirmed. Expect this new technology to raise the alert level for the tin-foil-hat crowd.