Reuters is one of the world's most trusted news sources. When it distributes false information people pick up on it very quickly. That's exactly what happened on Friday, when the site's blogging platform was hacked. Reuters itself confirmed an intrusion shortly after it happened. The hacker's use of the site was certainly unusual. The hacker posted an entry claiming to offer an interview of a 'Syrian rebel leader' from Jeffrey Goldfard's account, overlooking Goldfard's writing being focused on the financial sector. He would not have been in Syria.

The opposition leader specifically named was the Free Syrian Army commander, Riad al-Asaad. The interview claimed the FSA were going to withdraw from Aleppo, where a lot of the conflict has recently occurred. Reuters journalists in Syria have confirmed there are still fighters in Aleppo, disproving the hacker's claim. 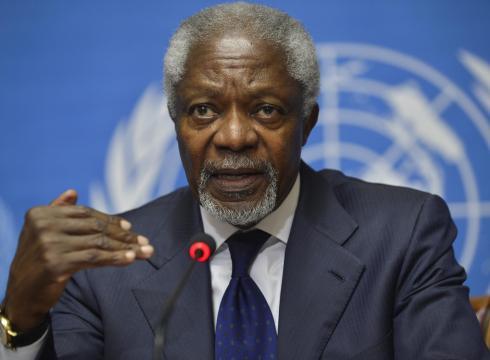 Kofi Annan himself stated that "we're all at fault" about UN members before leaving talks.

The hacking fits with the tense diplomatic situation at present. UN figurehead Kofi Annan walked out of Syrian discussions last week due to Russia and China both opposing intervention in the nation.

The original post has unfortunately been pulled so we can't view it, but that means it wasn't around for very long anyway. From what we can find about it, it seems to have contained inflammatory remarks about Syria's neighbors. Among other things it stated that Saudi Arabia and Qatar had betrayed the FSA, making a deal with Bashar al-Assad's government in exchange for future privileges. One paraphrased quote from the false posting is as follows:

"The Syrian Free Army (sic) will withdraw from all Syrian cities. They would “re-coordinate” at secret bases set up “under the supervision of the Turkish government and the Israeli intelligence service.”

Reuters pulled their site offline on Friday after discovering the intrusion, in order to patch whatever holes were used to gain access. Whether that will stop someone determined enough to spread lies for the Syrian regime or not remains to be seen. The hacker responsible remains anonymous, and may stay that way. His acting for the governmental regime is quite surprising, since people with such unique skills would almost be expected to fight authority.