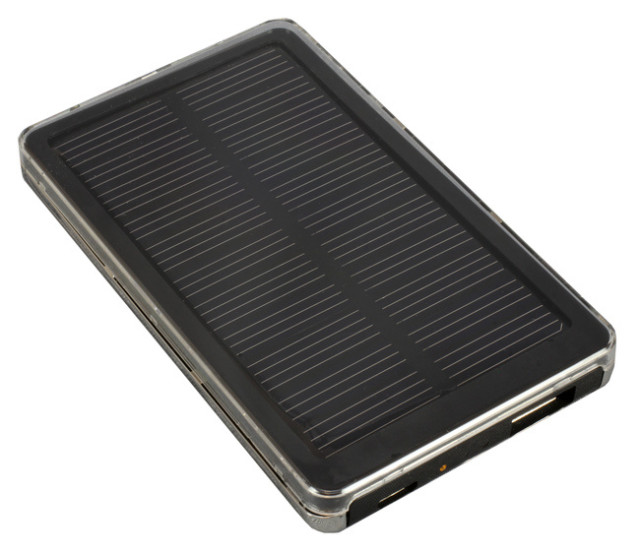 With better weather comes the opportunity to spend more time outside, away from wires and chargers. In this constantly-connected environment that takes its toll on smartphone usage, being unable to charge it as required. Today we’re going to be taking a look at the AnyLoader solar charger, to see how well it can handle the heat.

This particular charger was provided by getDigital.de, and the product page is located here. 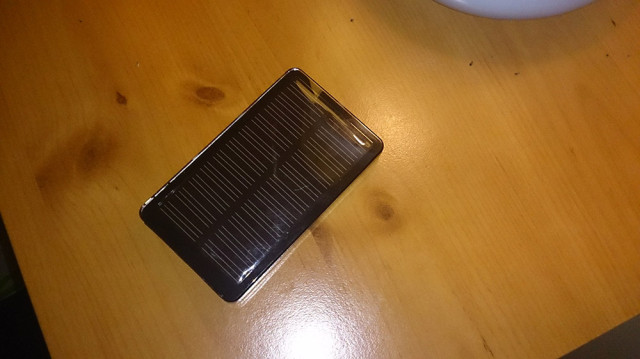 If we’re going to compare the appearance of the AnyLoader to something else, it has to be an iPod Classic. At a glance it resembles a squat Classic with its black fascia and silver plastic back, though unsurprisingly it is significantly lighter.

There are a few issues to pick with this comparison; the two most pressing being the USB slots on the AnyLoader and the solar panel. The panel measures about 4 inches (10cm), dominating the front fascia. There’s no confusing the form factor with a phone – especially when it’s wider than an Xperia Z, a phone which did take some flak for its width.

The width doesn't really make the AnyLoader 'pocketable', but something like this would probably be carried in a bag, then put into the sun as it's needed. One unusual touch with the AnyLoader is the compact USB cable, which is tightly coiled like an old phone cord. It can stretch out a reasonable distance, and the sheathing feels more than reasonable too. 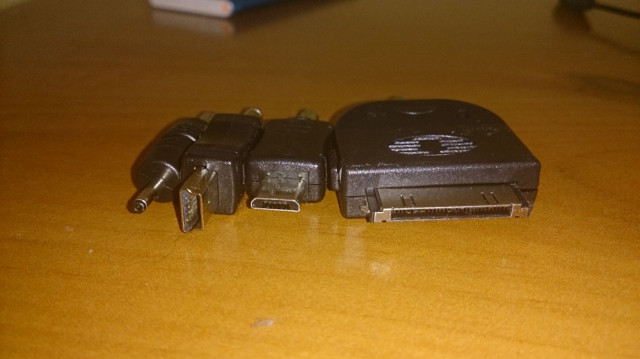 The cable itself is only part of the story, for it has a strange ending allowing it to be adapted. A handful of other ends, included with the device, can be attached to the USB cable. There are four different ends available, and they cover most devices. A Lightning connector is not included, so iPhone 5 owners aren't able to take advantage.

The AnyLoader's appearance really is quite pleasant. Even with the cable connected to the device, there's enough to make it look better than the average appliance. Despite the large body, the compact USB cord helps keep things fairly compact. 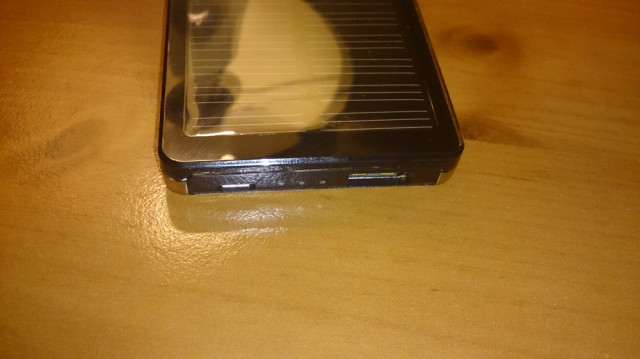 The AnyLoader holds power, pushing it to the device you'd like to use. This means that you can charge it up in advance, or connect the two and let them charge together that way. If you haven’t got the sunlight, but do want a battery boost, it’s also possible to charge via USB.

"The only downside was that the AnyLoader became hot to the touch"Internally, the AnyLoader has a 1500mAh Lithium-Ion (Li-Ion) battery, like many smartphones. While Lithium-Polymer (Li-Po) has some desirable qualities, there’s not much separating the two, so it's not a source of complaint.

During our testing we charged the AnyLoader via solar power alone, taking advantage of something previously considered a myth here in Ireland: the sun. Estimating the charge time isn't really possible, since the availability of sunlight fluctuates, as does its intensity. We can't put too fine a point on the time as it won't be consistent, but it was at least a few hours to fully charge the AnyLoader.

The phone used for testing was a Sony Xperia Z, with a 2330mAh battery. This means that the AnyLoader could not fully charge the Z itself, but that it could only boost the available battery in the phone. This seemed to work rather well, in fact. The only downside was that the AnyLoader became hot to the touch, though the phone itself did not.

We can't pinpoint a reason for the AnyLoader to have gotten so hot, but we're guessing that it might be due to the difference in battery sizes not working in the device's favor. Regardless, it's an interesting, if potentially off-putting situation and we can only guess the reasons. 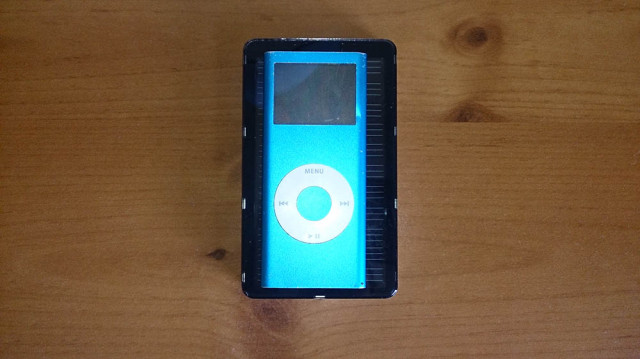 The AnyLoader with a scarred second-gen Nano, for size comparison.

Then we decided to test the AnyLoader with a second-generation iPod Nano. This particular Nano also has a particularly terrible battery, which can deplete in the space of an album when charged via USB. We noted no change in the AnyLoader's heat during this charge.

"The charge time is about equal to a phone with a similar sized battery"At a guess, it's probably an issue with the Xperia Z's large battery. 1500mAh isn't a huge battery anymore, but it is enough for lower-end devices (e.g. the Samsung Galaxy Ace), as they come with smaller batteries themselves. While this might be acceptable, it raises questions of longevity. Li-Ion batteries shouldn't be too hot, and phone batteries are increasing in size too. Just how long might this product be useful for you?

But then we discovered a use for the AnyLoader that isn't quite so obvious. You can use it to charge a phone on a tightly locked-down computer. Some machines won't let phones connect as they go to install drivers, while the AnyLoader has nothing to install.

If you had the inclination to connect the AnyLoader to a computer, then connect your phone to the AnyLoader, you could charge a device indirectly. Granted, it might clutter a workspace a little but it's certainly not an unreasonable idea. Plus, this would charge via USB as opposed to solar energy.

Unsurprisingly, USB charges are much quicker since the power is flowing constantly. The charge time is about equal to a phone with a similar sized battery, and it's hard to find a downside to USB charging. Even with the sun as an option, USB is almost always going to be the better option because it's so reliable.

The solar charge speed might be a little bit slow, but for a product like this you're hardly going to charge it while in dire straits. These are the kinds of utilities you'd buy for a pre-planned trip, such as a camping trip or something of that nature. And for that purpose, it's pretty alright since you'd be occupied, and unable to notice rather slow charging speeds. 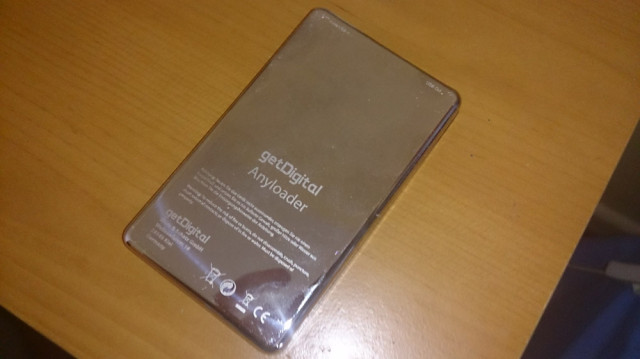 Like most solar chargers, the AnyLoader is a decent proposition in some cases. There isn't a vast amount more that we can say about the concept, different people have different needs. They serve a purpose for some, but they're rarely absolutely vital. Whether you're someone who would benefit or not is a personal question.

However, what it does it does properly. Heat during the Xperia Z's charging was kept to the charger; the phone was not hot. While peculiar enough behavior, and likely bad for the internal battery, the phone matters more. After all, this is more of a utility to keep a phone or tablet running than a standalone product.

Recommending the product comes as a strange thing to do, since there's no reason to push a buyer to or from it. At the end of the day the AnyLoader does what's asked of it, but whether it works with an individual's needs or not is another story entirely.