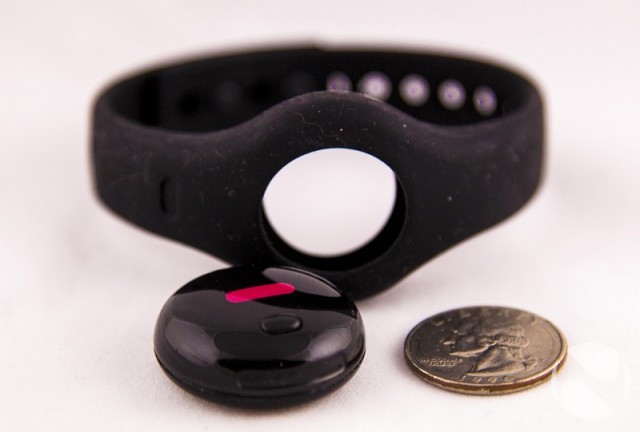 It's the start of the new year, and one of the most common changes people say they want to make is to be healthier. While sitting in front of a keyboard all day makes that more and more difficult, there's an ever increasing amount of technology available that promises to make it easier to track our physical activities. Let's take a look at one such device, the Fitbug Orb, and see if it's a product worthy of your consideration.

The Fitbug Orb is, at its core, is a high-tech pedometer that is used to measure the number of steps you take in a day. There are many similar products on the market, such as the Fitbit One and Nike+ Fuelband, but the difference is that the Orb can be worn in many different ways: around the wrist, clipped to a belt, attached to your bra, or even on your underwear. The Orb has a diameter not much larger than a quarter and is roughly a quarter of an inch thick. It's powered by a standard CR2032 battery that is supposed to last up to six months. 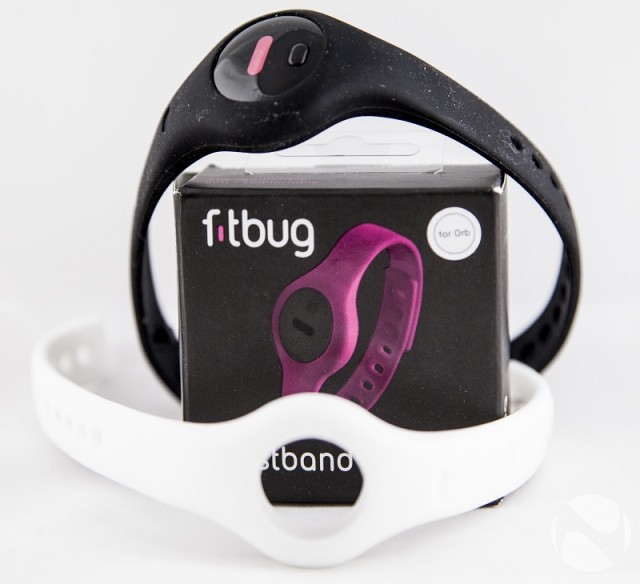 The Fitbug Orb, as well as its accessories, come in three different colors: black, white, and magenta. Most of the pieces I received were black, but I did also have a white wristband to examine.

Due to a lack of any sort of user interface, setting up the Fitbug Orb would be difficult to figure out if not for the excellent documentation that the company put together. With the documentation in place, setup was a breeze. After pairing the device to your phone or the Fitbug Dongle, you select how long your stride is, what your current weight is (used in calculating calorie consumption if you're interested), and how frequently the Orb should send its data out, that's it. From now on, the Orb will periodically send details about your day over to the Fitbug.com website. 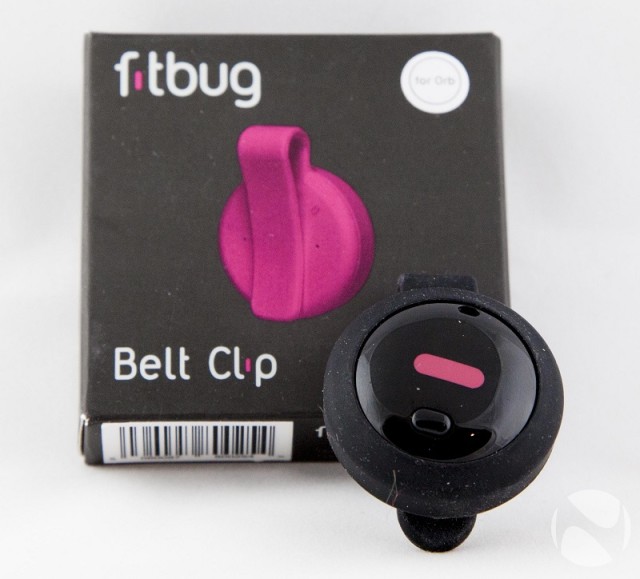 The Fitbug Orb communicates via Bluetooth, but for some reason it's extremely limited in what devices it can connect with. Although most Apple iPhone and iPod Touch devices are supported, the only Android devices that are supported are the Samsung Galaxy S4, S4 mini, Tab 8.0, and Note 8.0. Why the Orb can't sync with the extremely popular Galaxy S3 is beyond us, and even the Kindle Fire HD/HDX are left out in the cold. If you don't have a supported phone, the only way to get the data off of the Orb is to purchase a Fitbug USB dongle for $15. While not a showstopper, this added cost does eat into the price advantage that the Orb has over its competitors.

I used the Fitbug dongle for the review and had no problems with it, although I would've preferred if it had worked with my Galaxy SIII.

If you're looking for a device to capture the number of steps you take in a day, this product delivers. The key, as with any pedometer, is to ensure that you set your stride length accurately during the setup phase. Set it too short, and you'll exaggerate your total, and set it too long and you'll under report. 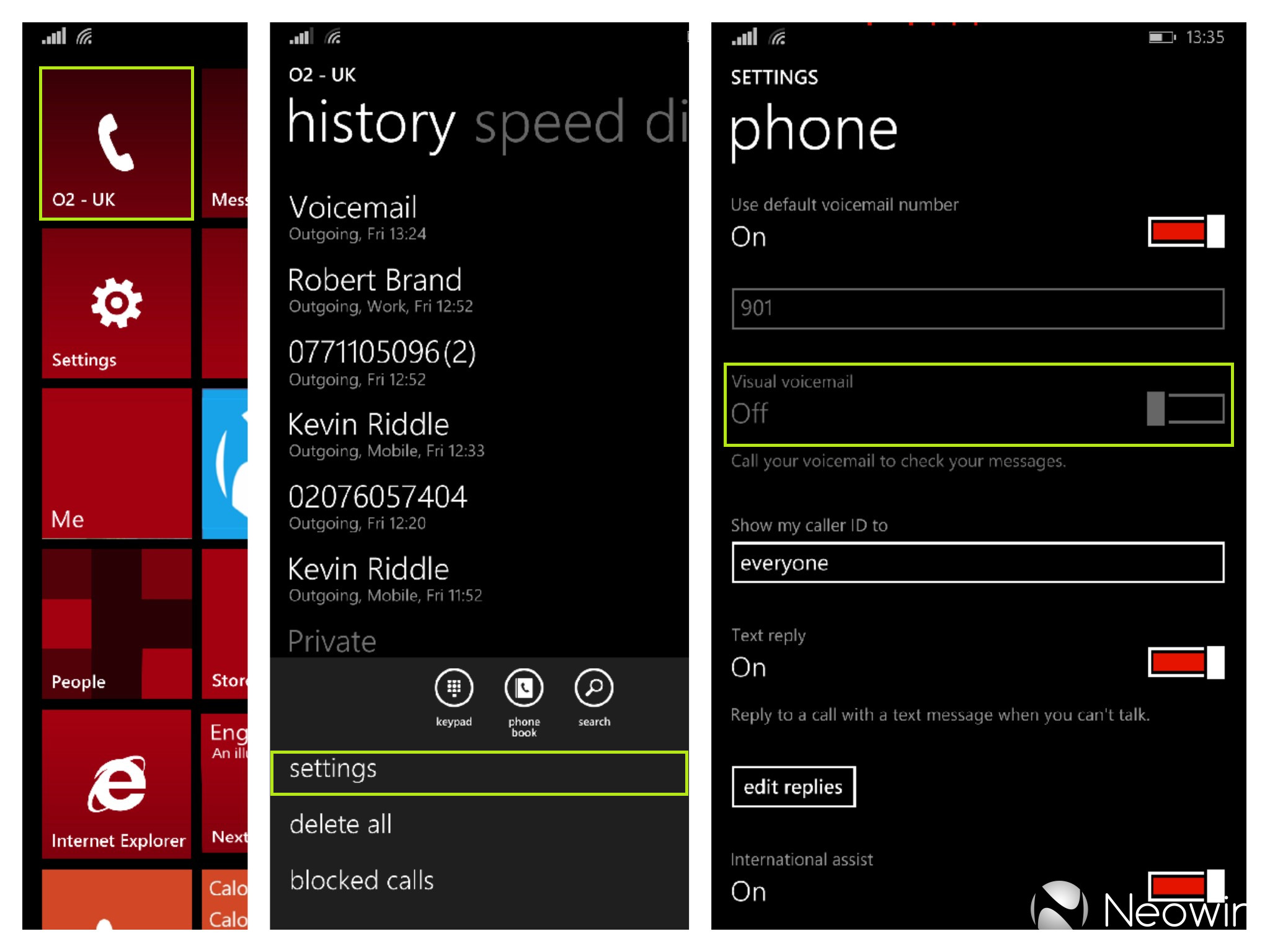 During the first week of use, the Fitbug website doesn't make any suggestions on how active you should be; in fact, it tells you not to change anything and to just gather data on what a normal week looks like. After that first week is complete, the site analyzes your activity level and makes recommendationed targets to aim for. While there aren't any achievements for meeting goals like other sites provide, it's easy to see how you're doing based on the color-coded entries.

The device also tracks not only your regular steps, but also how many "aerobic steps" you've taken in a day. Although the site is not clear on how that's calculated, after reaching out to Fitbug, I was told that it's defined as the number of steps "after 10 minutes of continuous movement. If you stop for a total of 1 minute this process is restarted."

All of the data is stored on the Fitbug.com website, and while there doesn't seem to be a way to slice and dice the stats yourself (or to download them for your own use later), the overall organization of the data is well presented.

In addition to steps, you can also provide details on other activities you've completed throughout the day to help in the calculations of used calories. The site has a detailed list of activities that you can add to your daily intake and while this doesn't impact the number of steps you've taken, it's important if you're trying to keep the number of calories you've burned throughout the day as accurate as possible.

Adding upon the topic of calories, Fitbug.com also lets you enter in the types and amounts of food you've consumed throughout the day. While it's a nice feature, I don't know how many people would want to keep a detailed list of their food in order to enter it in later. Those people who are interested in keeping track of food consumption would probably be better off downloading an app for their mobile device instead.

The Fitbug Orb can also be used to track how well you sleep at night. After pressing the button on the Orb three times, you'll see the green light blink back at you five times, indicating that the device is tracking your sleep. Since people are relatively still while sleeping, the Orb will track how much you move and give you an indication of the quality of your sleep. I'm not sure if there's any scientific basis for this tracking, but at the very least it's a good way to make a baseline of what your sleep pattern usually looks like and use that to help identify differences. 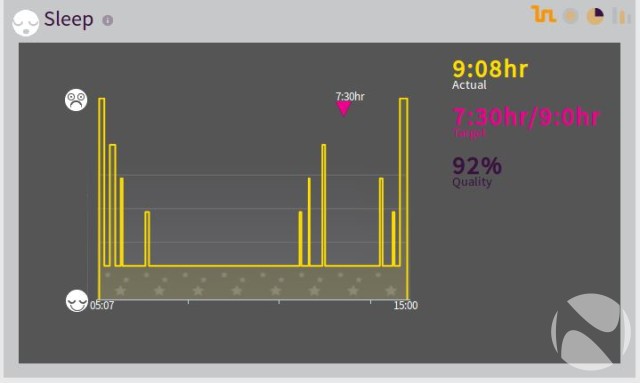 The nice thing about the Orb is that it's small and can change into a number of different form functions. Fitbug has created three different methods of wearing the Orb: a belt clip; a wristband; and an underwear clip. The main box comes with the Orb, a wristband, and a belt clip, all in the same color (black, in my case).

Although I'm not a fan of the wristband, that seems to be a popular style with many pedometers nowadays. It's adjustable to fit any size wrist and fits nicely without fear of it falling off. It's also the only way to accurately measure your sleep. 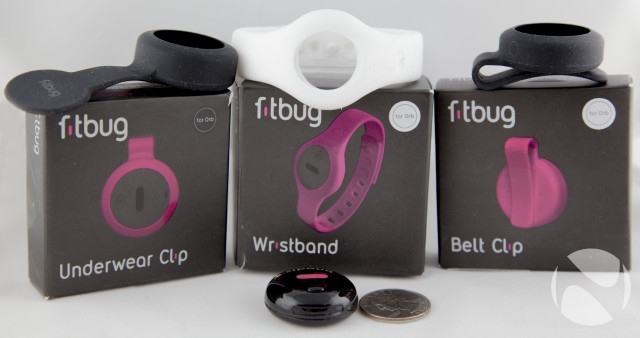 The belt clip is the accessory I used most, and it worked great. I tried it on my belt, the waistband of my sweatpants, and the front collar of a t-shirt, and the device not only stayed where it was supposed to be, it also measured steps just as accurately.

The underwear clip is simply a modification of the belt clip. It uses a magnet to keep the fastener shut and the idea is to put it under your clothes to keep it out of site. We tried it under our pants and, while it did stay put, the device is large enough that it was a little uncomfortable.

The only other accessory for the Fitbug Orb is the USB dongle that allows the pedometer to send stats back to the website. If you have a supported mobile device, you won't need this; otherwise, it's a $15 requirement.

While most of the device's competitors sport an LCD/LED screen, the only display that the Fitbug Orb has is a light that blinks green and amber and the only controls the device has is a single button. This isn't a problem for the most part and makes the device easy to use. However I was a little disappointed that I couldn't see how many steps I had taken in the middle of the day. As someone who used to use the Fitbit Ultra, this was a feature I made use of all the time, and it's missing in the Orb.

The Fitbug Orb also doesn't keep track of how many flights of stairs you've walked up, and to me, this is a pretty big omission for a device whose whole raison d'etre is to track the user's movement. There's a big difference between taking 30 steps on a flat surface and walking up 10 flights of stairs.

If you have a mobile device that's supported by the Fitbug Orb, then this is a pretty good deal. For only $49.99 you get a high-tech pedometer that can measure your aerobic and non-aerobic steps, measure your sleep, and gives you a platform for managing your activities and food consumption. For that price, we'd give the device an 8 out of 10.

However, if you don't have one of the limited devices that the Fitbug supports, then you have to spend another $15 on a USB dongle, removing most of the price advantage compared to its competitors. For example, for a few bucks more, you can purchase the Fitbit One, a device that also measures the number of stairs you've taken and that connects to a much broader array of mobile devices. Since the majority of people won't have one of the supported devices, our overall grade is 7 out of 10.