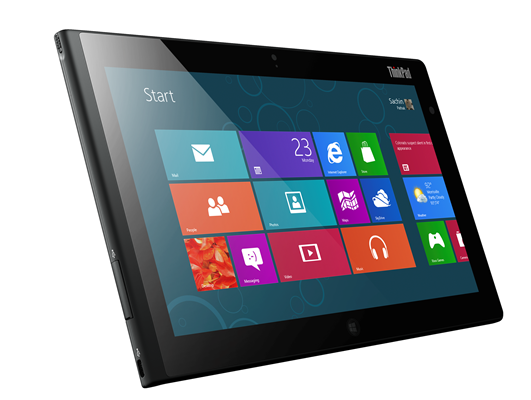 We've been wondering if any wireless phone carriers in the US would offer some cellular-based Windows 8 tablets for sale. Today, a new rumor claims that AT&T does indeed have plans to offer such products in its retail stores.

WPCentral.com reports, via unnamed sources, that AT&T will be training its retail employees on September 30th and October 16th to sell both Windows 8 tablets as well as Windows Phone 8-based smartphones. The report says that one of the tablets will be the Lenovo ThinkPad Tablet 2, which will have AT&T's LTE wireless antenna inside.

It was recently reported that the ThinkPad Tablet 2 would be priced at $799. However, it's possible that AT&T could sell that device for less with a two year wireless contract.

AT&T has already announced it will sell the HTC Windows Phone 8X smartphone sometime in early November. It is also expected to sell the Lumia 920 from Nokia, although that has yet to be confirmed by the wireless carrier.