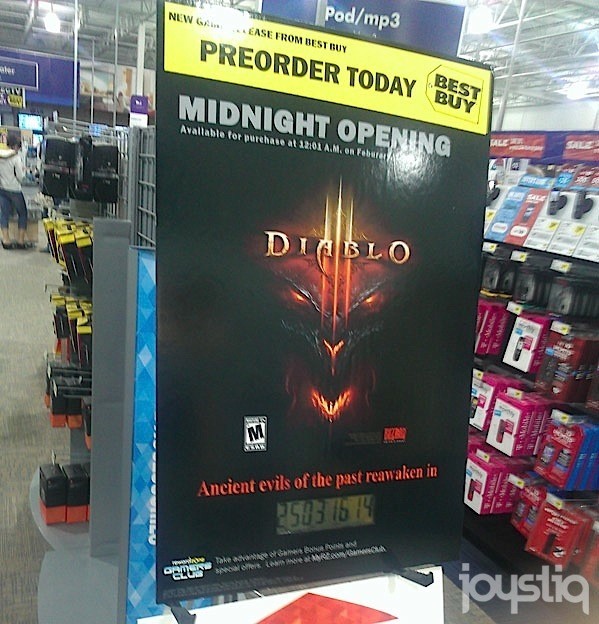 One of the biggest, if not the biggest, PC exclusive games of 2012 is Diablo 3. Fans of Blizzard's first two games in the fantasy action-RPG series have been waiting patiently for over three years since the third game was officially announced in June 2008. Now at least some Best Buy stores are setting up displays that claim Diablo III will be released on February 1.

The rumors center around a photo posted at Joystiq that show the display, complete with a digital countdown clock. Joystiq independently confirmed the existence of this display so this is no Photoshop hoax.

However, is Best Buy jumping the gun on the release date? That seems to be what a Blizzard community manager, Bashiok, is implying. In a post on his Twitter page he states, "We can't really keep every individual retail shop from making up a date." In a later post he added, "Retailers will not know a date until its officially announced through a press release."

It does seem a bit odd that Best Buy, one of the biggest game retailers in the US, would create such an in-store display with a firm release date if they didn't have at least some inside information. In any case we should soon see if Best Buy is indeed being a bit presumptuous in predicting a release date or if they really know what they are talking about.