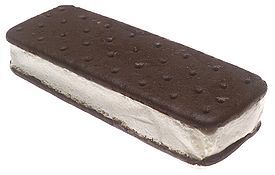 New information regarding Google's next Nexus phone has been revealed. BGR reported earlier this month that they received exclusive information regarding the first handset running Android 4.0, code-named Ice Cream Sandwich. Today they've come back with some even more confirmed details. Apparently, the next halo Android device will be dubbed 'Nexus Prime' and will feature a Super AMOLED HD display. This, of course, indicates that the manufacturer can only be Samsung. The handset, like its Honeycomb cousins, will be completely devoid of hardware buttons and will instead rely purely on on-screen controls. To follow up on earlier rumors, the new flagship device is confirmed to be driven by a TI OMAP 4460 processor. TI's website lists feature such as 1080p recording and playback, dual core Cortex A9 internals, and a maximum clock speed of 1.5 GHz. Reportedly, the screen will be capable of displaying 720p content at its native resolution making it the highest resolution display for this type of device. In addition, it will be carrying a five megapixel shooter out back that is supposed to outperform anything we've seen on a phone yet.

That's not all, however. Unlike the launches of Android 2.0 with the DROID and Android 3.0 with the XOOM, the launch of Android 4.0 will not be exclusive to one device on one carrier. Instead, Google is said to be working with multiple manufacturers across multiple carriers to release several Ice Cream Sandwich based flagship devices at or around the same time.