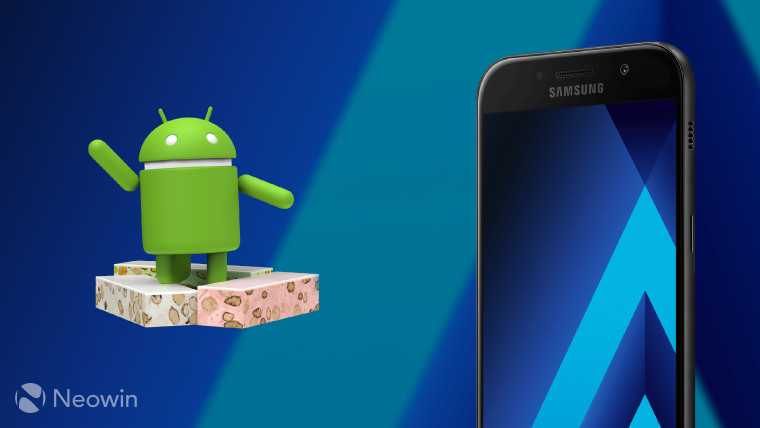 Samsung launched its latest Galaxy A-series handsets in January - but despite coming over four months after Google released Android 7.0 Nougat, Samsung shipped all three devices with Android 6.0.1 Marshmallow onboard.

Now, seven months later - and almost a full year after Nougat's release - Samsung has begun rolling out the Android 7.0 update to the Galaxy A5 (2017). It follows the start of its rollout for the 2017 Galaxy A3 and Galaxy A7 models earlier this month.

So far, the update for the Galaxy A5 (2017) - which is around 1GB in size - has only been spotted in Russia, but it should make its way soon to the device in other parts of the world. Bear in mind that updates like this one still need to be approved by carriers for their devices, so if you purchased your handset from a network operator, you'll likely face a longer wait.

According to Google's latest official figures, Android 7.0 has reached just 12.3% of active devices on the platform since its launch in August 2016. Google is now preparing for the release of the next major version of its OS, currently known as Android O, in the next few weeks. One can only imagine how long it will take Samsung to bring that update to its Galaxy A-series phones.