Samsung is planning to launch a foldable clamshell smartphone alongside the Galaxy S11 in February, as per Bloomberg. The device will come with a primary 108MP camera and a 5x optical shooter that will also be found on the Galaxy S11. 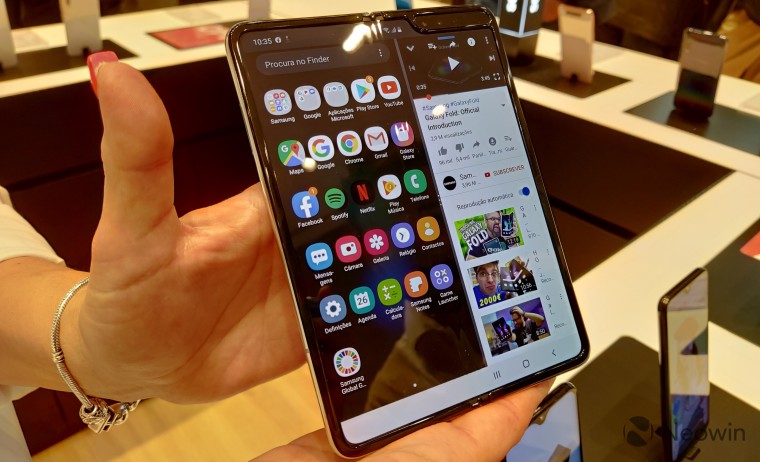 In all likelihood, Samsung's next foldable will have a form factor that's similar to the recently announced Motorola Razr. It is unclear if this foldable device will be called the Galaxy Fold 2 or not.

Samsung has already teased this foldable clamshell smartphone at its developer conference in late October.

The 5x optical zoom sensor that Samsung intends to use on the Galaxy S11 and the foldable clamshell smartphone is being developed by its own affiliate, Samsung Electro-Mechanics. The module went into production earlier this year. The Korean company also acquired Corephotonics, the company which supplies zoom sensor modules to Oppo and other Chinese OEMs.

The Galaxy S11 and Galaxy S11+ have already leaked in renders giving us a clear look at its camera array. In particular, the penta-camera system of the Galaxy S11+ looks massive and gives it a very distinct and unique look.

Rumors point to the Galaxy S11 being able to record videos in 8K resolution thanks to a combination of the 108MP camera and the Snapdragon 865 chip. It will also come with a plethora of new and innovative camera modes.