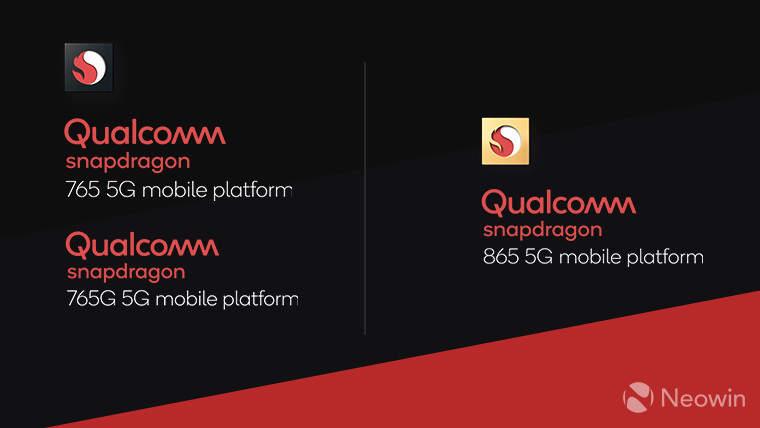 As usual on the first day of Qualcomm's Snapdragon Technology Summit, the company announced its new high-end mobile chipsets, and some sparse details about them. There's a bit of a curveball though. Typically, it only announces the premium 800-series mobile platform for the next year, but this time, there's some love for the 700-series.

We'll hear more about the details of these chipsets tomorrow, and what you'll be able to do with next year's Snapdragon 865-powered smartphones. But it's significant that 5G is being included in the Snapdragon 700-series now. The 800-series is considered premium, while the 700-series is considered high-end, so this means that there will be more affordable 5G handsets next year.

The 'G' in Snapdragon 765G once again stands for gaming, and Qualcomm says that it will support select features from its Snapdragon Elite Gaming platform. There really aren't any other details right now around these upcoming products, but as mentioned earlier, we'll learn more during tomorrow's keynote, which you can watch here.