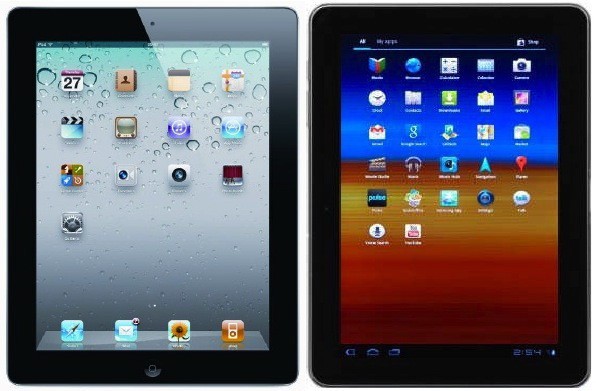 In a seemingly unending series of twists, turns and corporate "who has the biggest wang" contests, Samsung can now claim a victory of their own against Apple today, as Judge Lucy Koh ruled that the (albeit now older) Galaxy Tab 10.1 can now be sold in the United States after a jury found that Samsung does infact not infringe on Apple's D'889 design patent.

Of the decision Koh said in her ruling: "The court does not agree with Apple that Samsung's motion for dissolution of the June 26 preliminary injunction cannot be fairly decided without resolving Apple's post-trial motions,"

Earlier this year, the same US District Judge blocked sales stating that "While Samsung will certainly suffer lost sales from the issuance of an injunction, the hardship to Apple of having to directly compete with Samsung’s infringing products outweighs Samsung’s harm in light of the previous findings by the Court."

Apple had agreed in the previous ruling to submit a bond of $2.6M incase Samsung successfully proved they aren't infringing Apple's D'889 design patent, and to subsequently compensate for their losses.

Samsung, who will almost certainly be pleased to offload the older model during the run up to the holiday season, welcomed the decision and said of the decision: "We are pleased with the court's action today, which vindicates our position that there was no infringement of Apple's design patent and that an injunction was not called for,"

Samsung hasn't had it easy launching much of their Galaxy line of hardware, what with the 10.1 tab having a rocky start in Australia where it was banned, unbanned and then banned again before eventually being cleared for sale. Apple is also seeking to get the Galaxy S3 banned in the US as well.

The same story in Europe too including Germany, which at the start of the year allowed a 10.1N revision of the device to finally be sold in the country.

The story doesn't end there though, because Samsung immediately filed a motion against Apple saying the iPhone 5 had infringed on some of its company's patents.