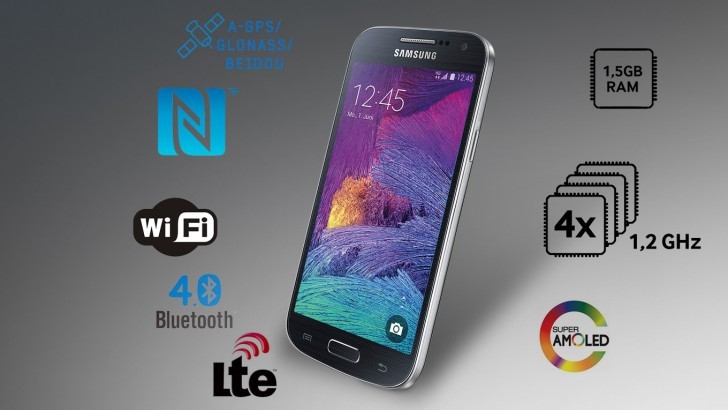 No, this is not news from 2013 that got lost or something; Samsung has recently released a new variant of the Galaxy S4, the company's former flagship smartphone.

Enter the Samsung Galaxy S4 Mini Plus, or the Galaxy S4 Value Edition, depending on where you reside. The smartphone is an addition to the many variants of the S4 family, namely the Mini, Zoom, and Activ. As for the handset's specifications, it seems that the Mini Plus has an improved chipset, which is a 64-bit Qualcomm Snapdragon 410 processor, clocked at 1.2 GHz, with an Adreno 306 GPU, compared to its predecessor, which is a 32-bit Snapdragon 400.

Aside from this, Samsung has retained the specifications from the S4 Mini, which is a 4.3-inch Super AMOLED qHD (960 x 540) display, 1.5 GB of RAM, and 8 GB of internal storage, expandable via microSD. It also reused the camera specifications, which is at 8 megapixels for the rear camera, and 1.9 megapixels for its selfie shooter. Lastly, it packs a 1900 mAh of battery power, and is 4G and LTE capable. Regarding the operating system, the Galaxy S4 Mini Plus comes with Android 4.4.4 KitKat onboard.

The latest S4 variant was silently released last month in some areas in Europe, and is currently priced at €190 to €239. It is currently not known if Samsung will release the handset to other countries outside its original market.