Samsung's MBP200 Pico Projector was named as LapTop Magazine's Best Projector in CES 2009. Now, Samsung has gone ahead of it and integrated the pocket projector technology with its phone models.

The Samsung phone models I7410 and W7900 are the first 2 phones of Samsung to offer an integrated DLP pico projector. Both are basically the same models targeted for different markets in Europe and Korea. The Pico projector phones, first seen at CES in January is going to be launched at Mobile World Congress (MWC) in Barcelona. The W7900 is expected to be on sale in Korea, in February, while the I7410 will be in Europe sometime soon.

The pico projector will enable the user to view various image sizes, a maximum of up to 50 inches depending on ambient light conditions. Both devices include Texas Instruments' DLP Pico chipset for media viewing. 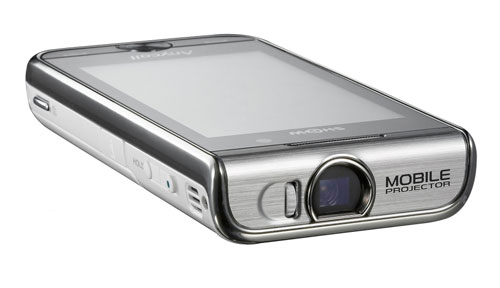 The other features of the phone include