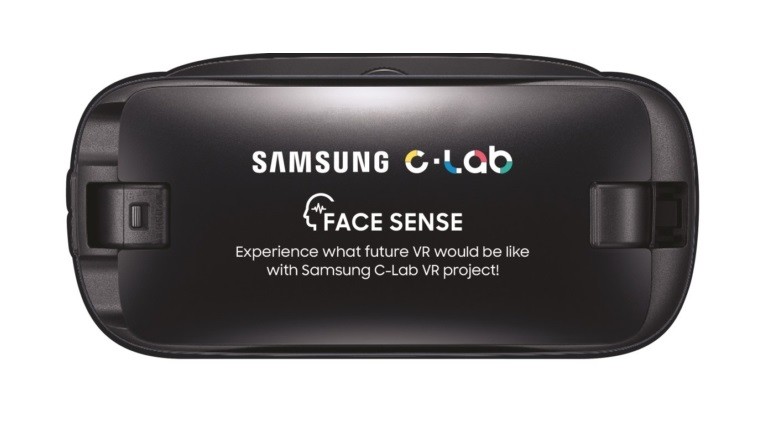 Though virtual reality is starting to gain traction, it's no doubt there are some challenges posed by the fact that as users, your connection with the outside world is pretty much non-existent. One such challenge relates to the idea of navigating your VR environment, which often means stretching your arms out to interact with UI elements. This may be awkward at times, so Samsung's newest idea seems intent on helping with this particular pain point.

Introduced at VRLA Expo 2017, the FaceSense prototype, created by Samsung's C-Lab (Creative Lab) division, seeks to use a person's facial expressions and movements to aid with navigation in the VR world. In the words of the company themselves:

Whenever we speak, change our expression or shift our gaze, our faces generate electric signals. FaceSense recognizes and translates these biometric signals into input for navigation, allowing users to maneuver through VR worlds with intuitive movements and simple voice commands, rather than reaching for out-of-sight physical controls.

It is worth noting that the design of FaceSense was based on that of the Samsung Gear VR. That said, the untethered prototype is also referred to as 'for Samsung Gear VR' in the press release, so it's not clear whether Samsung wants to have it as an add-on for the headset, or a standalone device.

At the moment, beyond its face-tracking abilities, FaceSense is also able to recognize simple vocal commands like "home", "back", "select" and "cancel".

Until this hits general availability, there's still the newer Samsung Gear VR available, for those who want to experience VR and own either the Galaxy S6 or more recent Galaxy S flagship models.