Earlier this week Apple unveiled its new iPhone range, which will all include 4K 60FPS recording when these devices launch. However, it seems that Samsung isn't too eager to be outdone by its competitors, and quietly updated its product page for the Galaxy Note8, to include the feature as well. 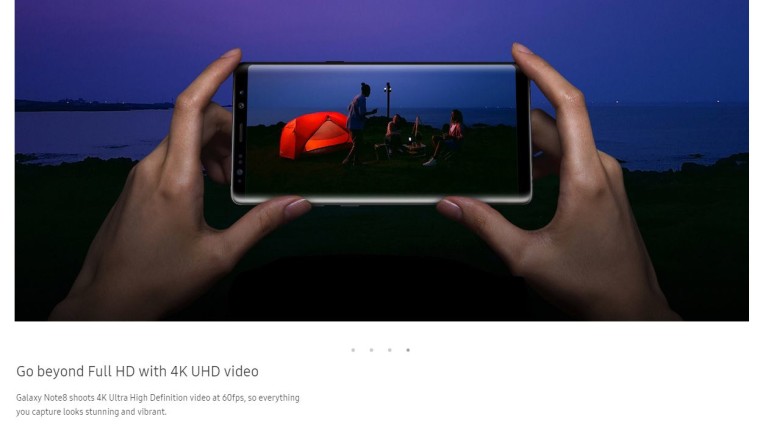 When we reported on the specifications in late August when Samsung unveiled the flagship device, it was noted that the smartphone only supported 4K 30FPS recording. It would seem that the company could issue an update before it even starts shipping out to customers, giving Samsung the crown as the first to support the feature on a retail smartphone; depending on when and if the device will be updated, of course. The company has not issued an official statement regarding this, at the time of publishing, however, it does not seem to have any relation to an earlier update that was rolled out for the handset.

However, one feature that will give the Note8 the edge over the new iPhones is the fact that the device will not only come with several storage options, it will also allow you to expand it through an additional microSD card. This might ease the possible strain that such high-fidelity video can put on storage, giving you some peace of mind when recording cat videos for Youtube.

The Samsung Galaxy Note8 ships today in several countries worldwide for a retail price of around $950, and the iPhone 8 and 8 Plus' pre-orders will go live today as well and will ship on September 19. The iPhone X, however, will ship a bit later on November 3.