Liliputing has found marketing images and specs for a new Samsung Ultrabook that sports an Intel Skylake processor weighing just 860 grams, or less than 2 pounds. It measures 0.5 inches thick for the 13.3-inch version and is made of metal. According to a Korean translation by Digital Trends, the laptop appears to be named the Ativ Book 9 Lite and will run Windows 10. 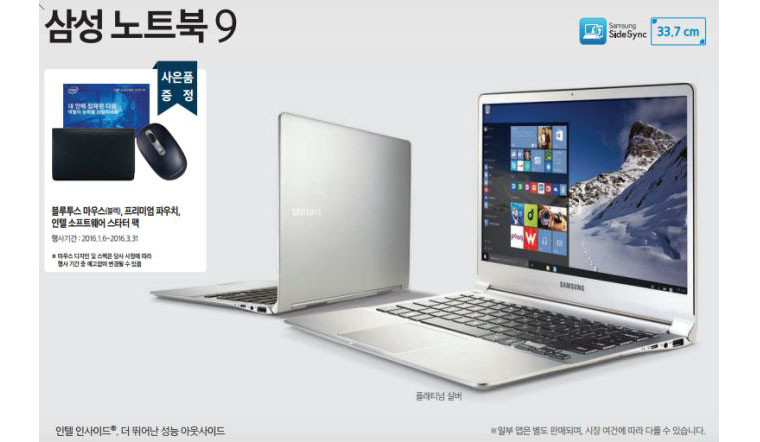 It’s unclear whether the screens will have touch capability to take fuller advantage of Windows 10. Pricing is also not published, but if these Ultrabooks are introduced at CES 2016 next week, we’ll know more.

Last September, Samsung announced they would stop selling Windows laptops and Chromebooks in Europe, while continuing to sell them in other parts of the globe. It remains to be seen if the company will resume selling its newest PC wares in Europe.