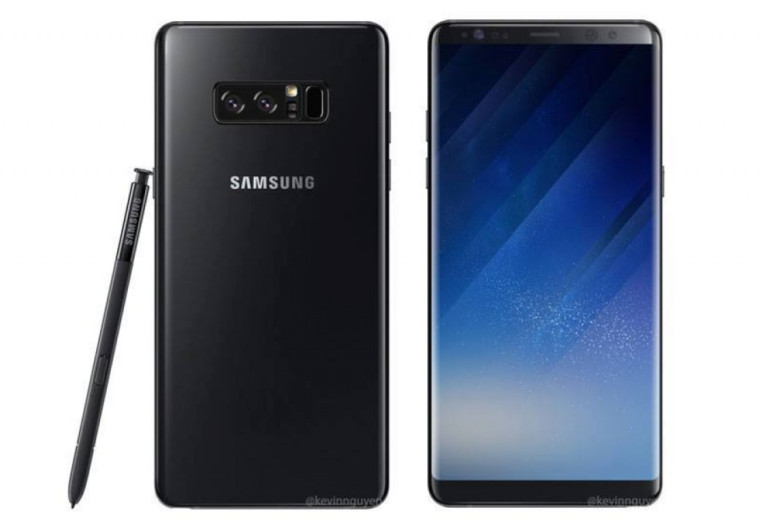 The Galaxy Note7 was a magnificent device - until it started to catch on fire and cause mayhem for Samsung. But, a year removed and the firm is doing much better with the success of its Galaxy S8 and S8+, which sold over five million units in its first few weeks of availability. As we wait for the successor to the Note7, there have been bits and pieces of information about the handset that have trickled online from official and unofficial sources. Although it is tough to confirm whether either of these images are real, they do line up with a lot of the information that has been exposed so far.

As you can see from the render above, Samsung looks to continue the Infinity Display trend with its latest Galaxy Note handset. While there are no measurements available, it appears that the handset is a bit wider when it comes to its looks and still has super slim bezels on the left and right-hand sides of the device. Also on the rear, we can see the more recently rumored dual camera sensor array looking a bit more flush than the leaked render that made its debut last week. 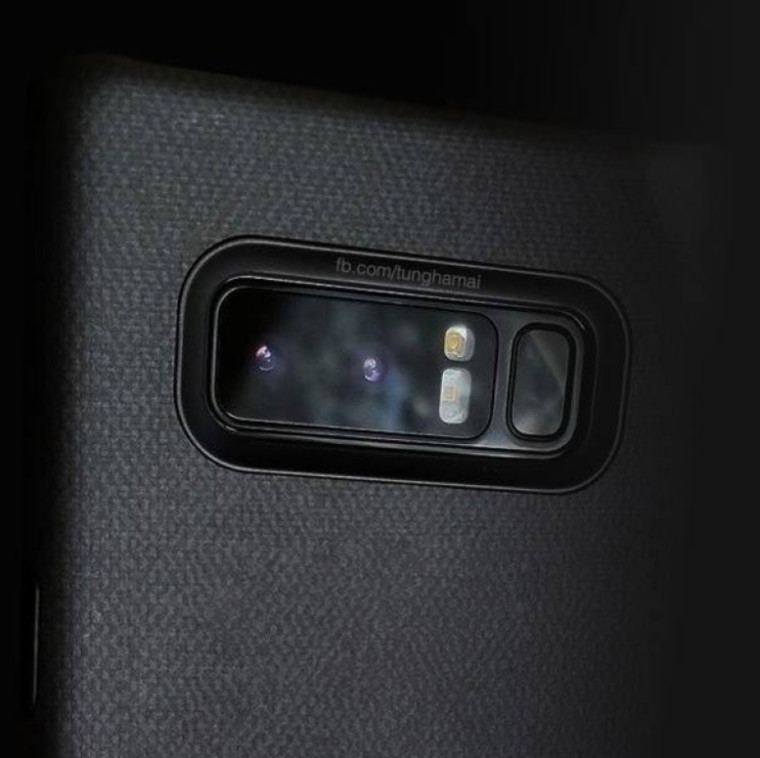 As if another render of the Galaxy Note8 wasn't enough, the source also has an alleged close-up picture of the camera. It shows us in detail what we have already seen before - a dual camera setup, flash, and fingerprint reader. Unfortunately, Samsung was unable to perfect the technology that would have allowed it to embed a fingerprint reader under the display. The company was able to experiment with the technology but failed to get a consistent experience, ending up with hot spots showing up on the display where the sensor was embedded.

This has resulted in the sensor once again being placed on the back of the Note8, just like its Galaxy S8 counterpart. Luckily, the firm has learned a thing or two about the placement, as it seems to have rearranged the sensors in a manner that will minimize the user from putting smudges on the camera lens, which was a complaint with the Galaxy S8 and S8+. Another thing to note from the image is the texture of the surrounding area, which looks to carry a herringbone pattern. While previously leaks have shown off a glass rear, there is the possibility that this device is pictured with a case, perhaps even the canvas TUMI variant.

With promises that the Galaxy Note8 will be "better, safer, and very innovative", there is a lot riding on the shoulders of the upcoming release. If rumors are to be believed, there is the possibility that it could even be unveiled next month and could cost as much as €999. So if all goes to plan, we won't have to wait long to find out all of the details.