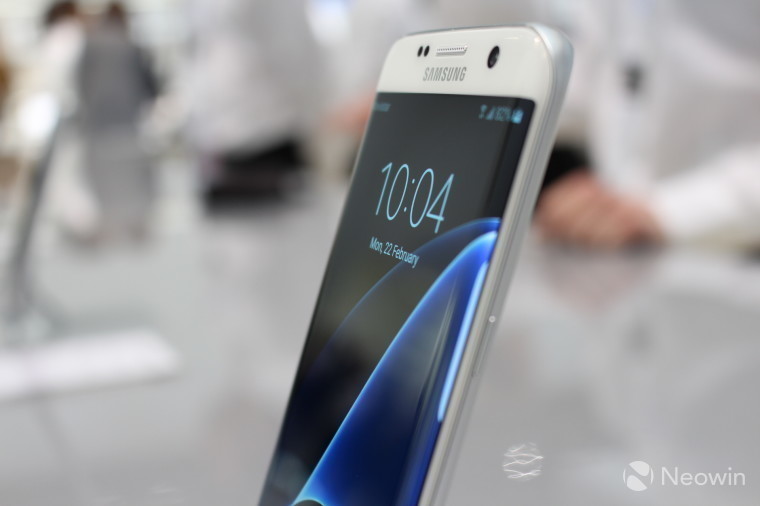 Samsung’s upcoming Galaxy S8 flagship, is rumored to really stand out from the crowd, as the company is reportedly planning major hardware changes. Among these changes is a massive redesign of the screen, the home button, and the camera system.

We’ve already heard from Samsung itself that it was considering ditching the separate edge/classic model differentiation for upcoming handsets, and simply offering curved-edge screen on all of its devices. Now a new report from South Korea, via ET News, claims that the upcoming Galaxy S8 will not only feature curved glass on its sides but also up and down, transforming the handset into a bezel-less screen.

To do this, the company will be ditching the home button, a move similar to the one rumored for the upcoming iPhone as well. The fingerprint sensor will then be fully integrated directly into the screen, leaving no evident mark or button on the front of the device.

The camera system is also being reworked. The Galaxy S8, rumored to come with a Snapdragon 830 SoC, will supposedly be the first Samsung device to feature a dual-camera system. We have heard such rumors before, but according to the report, Samsung has now finalized its decision, and is currently opting between a 2-in-1 camera or separate cameras.

Finally, the Galaxy S8 might be coming a bit earlier than expected. Samsung is reportedly anxious to get its new smartphone out to contain the PR damage done by the exploding Note7 devices. The Galaxy S8 phones are expected to launch early next year, and given recent developments, there will be a lot of pressure on the new phones, and Samsung as a whole, to make sure they’re a success.