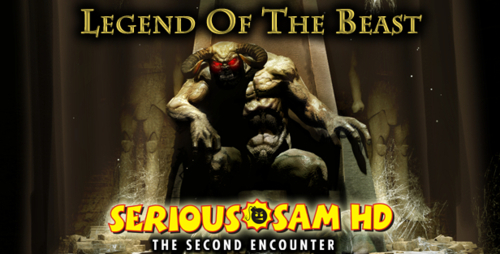 Developer Croteam is going back and making new content for a game that itself is a remake of a game released back in 2002. Publisher Devolver Digital has announced that on May 15th, the first person shooter will get a new DLC pack, Legend of the Beast, for the price of $4.99.

For that price, owners of the game will get three new single player maps, along with three new survival and three new versus multiplayer maps. Even better news is that starting on May 15th, all of Serious Sam HD The Second Encounter's versus and survival multiplayer modes will be able to be played for free.

In late 2011, Croteam released Serious Sam III: BFE but so far Croteam has yet to announce any DLC packs for that game.