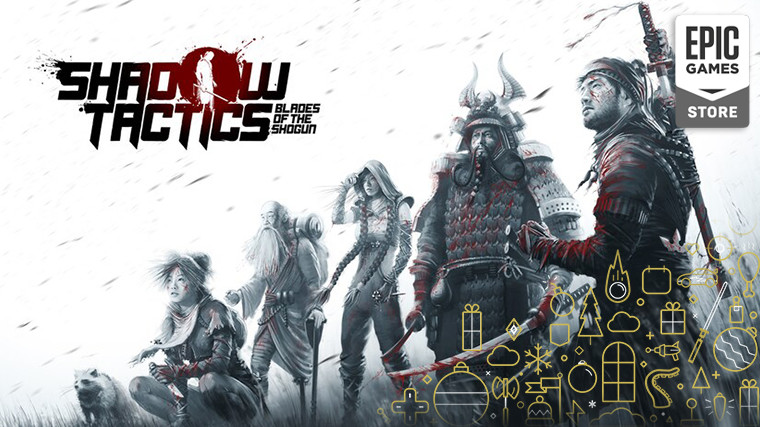 Returning with a fresh giveaway today is the Epic Games Store, as its 12 Days of Free Games promotion has now reached its 10th day. Replacing Hyper Light Drifter is Shadow Tactics: Blades of the Shogun by Mimimi Productions, which is free to claim for the day.

The real-time tactics title should be familiar to those who've played the Commandos series and others like it, where players take the role of multiple characters with unique abilities to accomplish missions behind enemy lines. The abilities include luring enemies for better positioning and disguising as them, among others, which are joined by various weaponry and mobility-focused abilities.

Here's how the Epic Games Store describes the game:

Take control of a team of deadly specialists and sneak in the shadows between dozens of enemies. Choose your approach when infiltrating mighty castles, snowy mountain monasteries or hidden forest camps. Set traps, poison your opponents or completely avoid enemy contact.

The Windows version of the game is being offered on the Epic Games Store for free, but those who want to pick up macOS or Linux versions will have to go the Steam route, instead, where the game is currently discounted to $9.99. Here are the minimum requirements:

Shadow Tactics: Blades of the Shogun is available to claim until 11AM ET tomorrow, December 29. Going by the teaser, the game that will be taking the freebie slot next seems to be The Talos Principle. Don't forget that the Epic Games Store's winter sale is ongoing as well, just as the $10 coupon is still available for all games priced above $14.99.